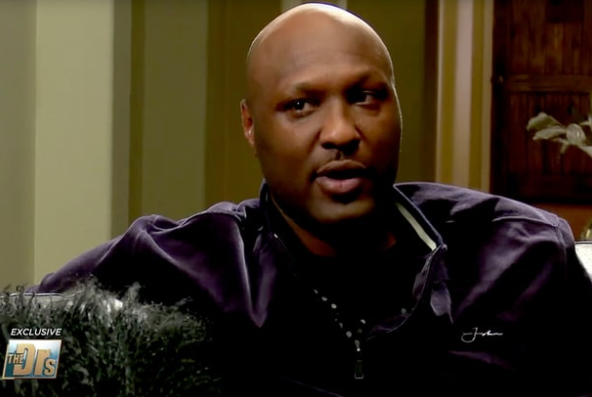 Lamar Odom Gets Real In New Interview, Talks About The Night Of His Overdose In Detail (VIDEO)

This time last year, Lamar Odom was still trying to learn how to do basic things again. Walking, feeding himself, eating, etc. He was lucky to be alive after overdosing at a Nevada brothel in October of 2015.

And honestly, if it weren’t for Khloe Kardashian, he probably wouldn’t have made it. Even though they were in the middle of getting a divorce, she put her life on hold to help him. She’ll always have our respect for that. People like to hate on her for being a “giant,” but you know what? If that means she has the biggest heart out of all the Kardashians, then we’re fine with it.

Okay, let’s move away from the cheese we just spread on you. Lamar Odom was on The Doctors this Friday, and for one of the first times on camera, he came clean about the night of his overdose.

He was asked about his last memories before waking up in a hospital and being told he almost died.

“Being in that damn brothel and thinking I was going to just rest a little bit. I wasn’t in a good place mentally before that incident happened. Me and my wife at the time were going through some things. I was in a dark place.”

“Was” being the word you should focus on. That’s all in the past. He’s in a good place right now, and he believes he survived so that he can share his story with the world and help people that might be going through the same thing.

Because he doesn’t want anyone to experience what he did.

“I didn’t know until Khloé told me that I was in a coma. I couldn’t even speak at the time. I couldn’t talk. Nothing would come out of my mouth, so I was scared.”

It’s comforting to see him looking so healthy right now. Hopefully he continues to improve.