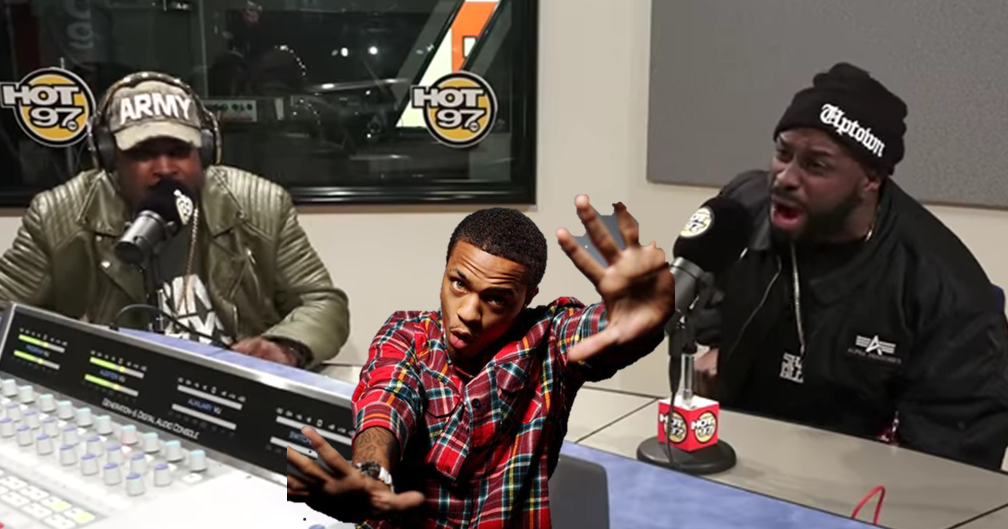 A couple of days ago, Bow Wow and Flex took to social media and picked up their little beef where it left off years ago.  I have to admit, I half cared.  Flex is accused of being old, washed up, over the hill and quite frankly so is Bow Wow.  Not that I agree with the Flex assessment, but that’s the easy thing to say about anyone over 35 in the hip hop game

There were some slightly funny jabs, but it was kinda corny for the most part.

It started with a random tweet from Flex calling Bow Wow garbage.  But he used the Spanish world: Basura!

Here is the exchange: Then Bow Wow got SUPER CORNY when he created this Drake Meme.  It was at that point that I decided not to even post about their beef. Oun P’s been around for a minute but mainly underground.  He’s been on 106 and Park and Fight Klub he went 15-0.  He has B-A-R-S.  Flex had him to the station and the freestyle he dropped changed his life!

But more important, it got Flex so amped that he started yelling at Bow Wow on the mic while Oun P was rapping.  Then when couldn’t take it anymore Flex stops Oun and goes in CRAZY HARD!!  I thought Flex was going to spontaneously com-bust!

When niggas tryna freestyle on funk flex show and he stop the music just to start screaming and spitting everywhere … pic.twitter.com/7qlCpkHzHJ

And if you don’t thin Flex is still relevant..look at Oun P’s tweet: WATCH NOW: REMY MA TEARS IT DOWN ON FLEX