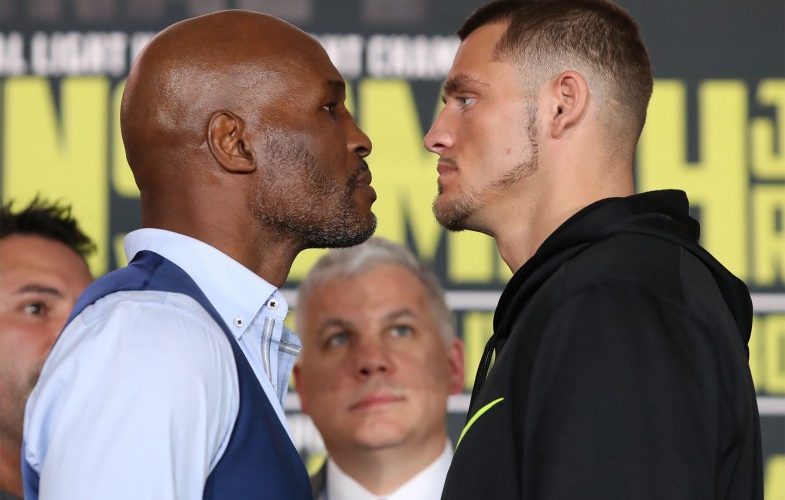 IT’S DEFINITELY A WRAP! Bernard Hopkins Gets Knocked OUT of the Entire Ring During His Last fight. Watch Shocking KO and Final Post Fight Interview. (VIDEOS) Before we start and things get too embarrassing for B-Hop, I want to acknowledge two things:

For Bernard to have the energy to train is crazy but to actually go and fight and actually be competitive is even more ridiculous.  We don’t really care about a round for round blow by blow recap of the fight., however, it was just that.  Hopkins was trying his best to go out on top.

Smith was not an easy opponent, suffering only one loss going into this fight. He was also the current WBC International light heavyweight title holder…..and 27 years old.  That is literally like fighting your dad.  Honestly Smith had no choice but to win this fight and he knew that, and he did.

Here is the final cringe-worthy minutes of the fight.  Ouch!
UPDATE: I posted the entire fight. The knock out comes in the 8th round 25:20 into the fight.

I Watched the tape.  There was no pushing it was all blows.  Hopkins appears so angry in this post fight interview that I started to think that he might actually fight again.  Then he calms everyone down by stating very clearly that he is retiring. INSTAGRAM CAPTION: Thanks to all my fans. ALWAYS STRIVE TO BE GREAT! – EX, BHOP, Da Alien #Boxing #HBOBoxing #goldenboypromotions #goldenboyboxing