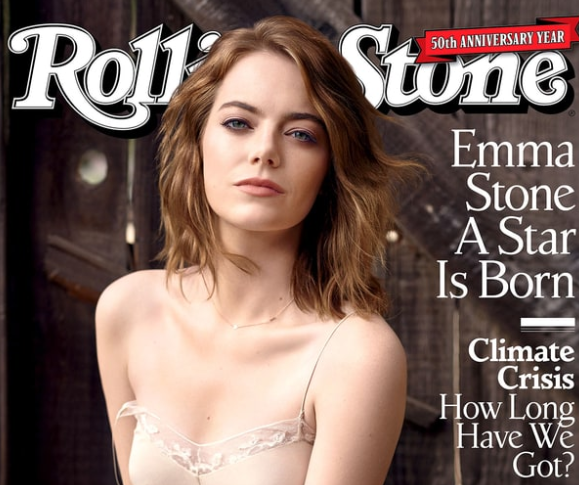 Emma Stone Had Debilitating Anxiety As A Child, Here Is How She Got Her Life Back But that’s not the case. Before she was one of Hollywood’s most successful actresses, she was a complicated child with some pretty serious issues. The 28-year-old opened up about her struggles with anxiety during an interview with Rolling Stone magazine.

She described the anxiety as “debilitating” because it would consume her every single day. It was all she could think about.

“My brain, naturally zooming 30 steps ahead to the worst-case scenario. When I was about seven, I was convinced the house was burning down. I could sense it. Not a hallucination, just a tightening in my chest, feeling I couldn’t breathe, like the world was going to end. There were some flare-ups like that, but my anxiety was constant.”

That’s right. When most kids are seven, they’re worrying about their mother finding out they ate a cookie before dinner. Stone was crying in her room because she was convinced her house was burning down.

And her anxiety continued. At one point, she could barely get out the front door…

“I would ask my mom a hundred times how the day was gonna lay out. What time was she gonna drop me off? Where was she gonna be? What would happen at lunch? Feeling nauseous. At a certain point, I couldn’t go to friends’ houses anymore–I could barely get out the door to school.”

So how did she recover from this? How did she move on? Well, she entered therapy and that certainly helped some, but the biggest step was being creative and making art.

“I wrote this book called I Am Bigger Than My Anxiety that I still have: I drew a little green monster on my shoulder that speaks to me in my ear and tells me all these things that aren’t true. And every time I listen to it, it grows bigger. If I listen to it enough, it crushes me. But if I turn my head and keep doing what I’m doing—let it speak to me, but don’t give it the credit it needs—then it shrinks down and fades away.

You know, it’s really cool that she’s talking about this and offering up solutions that any child can try. I suffered with extreme OCD as a teen and couldn’t leave the house most days.

The thing that helped me the most? Jumping on my computer and writing stories. It’s not going to work for everyone, but sometimes your brain just needs a little exercise.

You can check out more of Emma’s interview by clicking on this link. And if you haven’t already, be sure to check out La La Land.