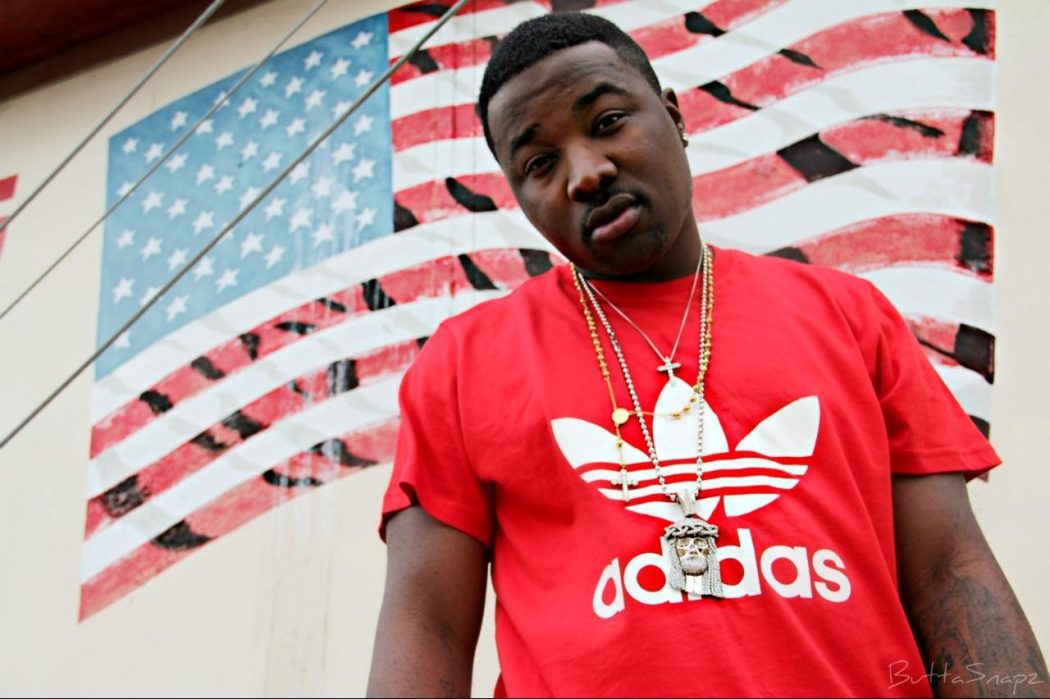 HE IS NOT THE ONE!! Troy Ave Refuses to be exploited. Someone Stole His Laptop and Threatened to Release His Files. Troy Says “Do It” UPDATE: 24DEC2016 – The Woman in the Video is Revealed and Speaks out and more of the Footage is released!  Scroll to the end for Updates!

I bet Troy Ave can’t wait for 2016 to be over.  If he’s not fighting cases he’s fighting criminals.

Recently Troy Ave took to social media and revealed that he is currently being shook down!  He explains that someone stole his laptop that had footage that he might not want seen.

Troy explained that the footage was actually going to be used for his new music Video.  The person is asking for $20,000 not to release the footage and Troy says quite clearly in the post; HE’S NOT GOING TO PAY!

Here’s what the caption says:

devil always tryna tear a real one down! some low ass home alone Christmas thief stole a laptop that had footage of me and a chick, I was gon use all the parts that wasn’t that X rated 4 a music video. but now they got all unedited parts And now I’m pose to be gettin finessed out my racks … i try to lure him out but the fuk nigga stayin in the shadows , so allegedly at 3 o’clock he pose to be going live so lemme jus tell him I Don’t give a Fuck dawg, I will Not be extorted. It Ain’t like I’m doing some freaky R Kelly $hit all me and my fans care about us my freedom, this dope music I’m puttin out & hearing #WhiteChristmas4 on Friday …. and Ima still put the other video out dick head, smh Devils Tryna tear a Real Nigga down but GOD is great and the paper straight, #RealOnes yall know wat it is Ride wit ya boi ?

This comes on the heels of text messages that were posted from a woman claiming to be his side chick. The first message was pretty messy.   She posted a photo of herself with Troy Ave and made some pretty inflammatory comments: Then she proceeded to get into an Instagram war his girlfriend, that quite honestly is not worth our space here.  By this time, we completely lost interest.

WHITECHRISTMAS4 IS OUT TODAY?  COINCIDENCE?  Honestly, if this is all fake, I’m not mad at Troy.  The whole thing seems suspect and it’s really cheap advertising.  He has the #whiteChristmas4 in the post.  In the 3 second, leaked video footage, he’s basically fully clothed, smashing a super hot chick from behind.  That’s not embarrassing, that’s inspiring.  Let’s hope its all worth it.

Oh…by the way, he also dropped a new video yesterday for his song “Appreciate Me”.  I see what you doing there Troy!

There were more attempts that Troy Ave shut down. And then the girl revealed herself and basically said that she was un-bothered by the entire thing:

Totally #unbothered by the bullsh_t?

Here is the link to the two 30 second video clips leaked.  This isn’t a s-x video, this is a p0rn0.  There appears to be a cameraman and everything.

WATCH IT HERE.  (We can’t post it here…we have real advertisers)