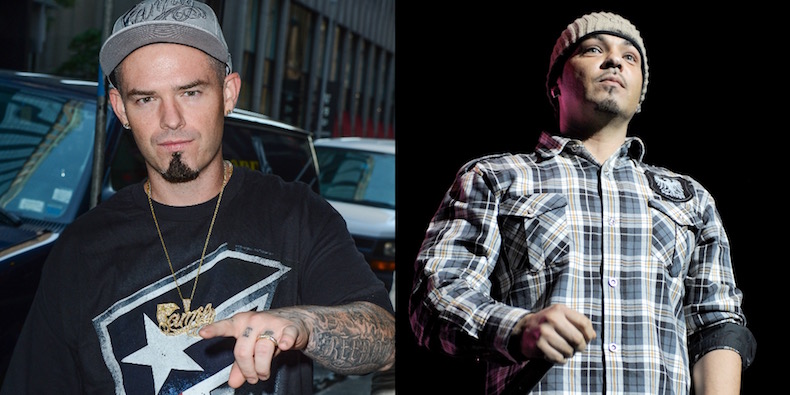 A WRONG WAY & A RIGHT WAY: Paul Wall’s Team Release Details and Statements Regarding His FELONY Arrest, while Baby Bash Recklessly Posts To Social Media and then Deletes Them (Details and Deleted Posts) This is not the first time that Paul Wall and Baby Bash have been arrested together.  The two were busted for possession in 2011 and now 5 years later they are in the same boat.

Paul Michael Slayton (Paul Wall’s government name) and Ronald Ray Bryant were arrested on Friday morning along with 8 other people.  They were at the Paradise Smoke Shop where Paul Wall was supposedly hosting a party where he collected toys for disadvantaged children. (It’s always nice to throw in the “charity” angle).

During the police raid, they said they found between 400 and 450 grams of marijuana.  The arrest was for manufacturing and delivering and the official arrest record says that Paul was found with tetrahydrocannabinol (THC), the active ingredient in cannabis.

Johnny Dang is a business partner of Paul’s’ who just opened a multi-million dollar jewelry store with the 37 year old rapper.  He said there is no reason for Paul to be involved in illegal activity. Which of course doesn’t mean that he’s not. Yeah….it’s pretty legit.  This is not some whole in the wall place.  They not only have everything you can imagine, they are super buttoned up and organized.  It’s not hard to see why they have the clientele that they do.

Baby Bash jumped on both Twitter and Instagram to let everyone know that it was no big deal.  He posted: “Got caught up with a lil Weed yall.. no biggie. Lol #cannabiscommunity”.

Both were deleted; I’m assuming at the advice of legal counsel. Why?  Because he admitted that he was “smoking weed” which is still illegal.  This illegal activity can tie him in with the overall possession and manufacturing charge and could lead to the actual prosecution of these felonious charges.  Especially if the judge wants to make an example out of you because you are a rapper.  NOT SMART AT ALL!

Paul is no slouch.  In fact Paul is a pretty intelligent business man; there are not a lot of artists out there worth $12.5 millon.  Knowing how dangerous social media is in regards to what can be used against you later..he had both his publicist and lawyer release statements on his behalf.  That’s how the wealthy stay wealthy.

His publicist, Arnaecia Alridge said that she was confident that the charges will be withdrawn:

These are all simply misconceptions and we are confident that after the case is fully investigated, he will be exonerated. Things are not what they appear. These are just allegations and he’s innocent until proven guilty

And his lawyer, Jolanda Jonessaid that he is not guilty:

He’s innocent until proven guilty.  That’s why we have constitutional protections.
It is early in this case. We are confident that after a thorough investigation of these allegations Mr. Slayton will be proven not guilty. I will fight vigorously to defend my client.

When Baby Bash deleted his post from twitter, he replaced it with a link to the song “Legalize” which features himself, Wall and Dat Boi T.  Nothing like free social media promotion.

UPDATED VIDEO WHERE BABY BASH ADMITS TO PARTYING AND HAVING “DABS”