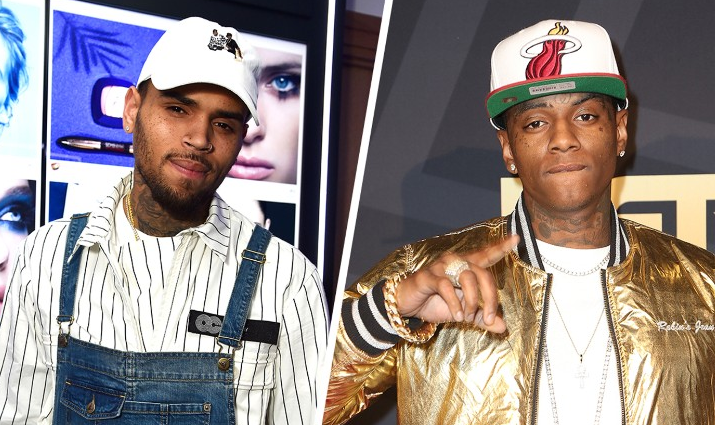 Are you a fan of high school level drama? If so, you’ll love this post. Chris Brown, for some reason, still believes he has rights to his ex-girlfriend Karrueche Tran. He still stalks her social media pages to see who is liking her photos.

And recently, Soulja Boy liked a photo featuring Tran wearing a bikini. This pissed off Brown because he’s a possessive a**hole.

According to the report from TMZ, Brown hit up Soulja and threatened to beat his a**. After the threat, Soulja tried hitting Brown up on FaceTime to talk things over, most likely because he was scared. Or maybe he wanted to settle the beef like an adult.

Either way, he was blasting Brown’s phone. This upset Breezy because he was trying to get some pu**y at the time.

Check out the video below:

You heard it here folks. Brown has challenged Soulja to a charity boxing match. Will it ever happen? Probably not, but it’s fun to talk about. We’re pretty sure Brown would beat the sh*t out of Soulja.

But really, we don’t understand why Brown is tripping. Tran ain’t even into Soulja.

Look at her face, she almost looks disgusted…