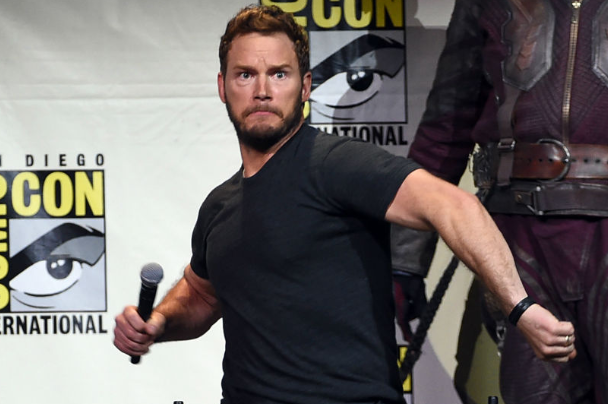 Some Tuesday Motivation, Chris Pratt Talks About His Long Road To Fame: “I Feel Like It Was Perfectly Planned” You might be tired of hearing about Chris Pratt. He’s reaching that point in his career where people might start to reject him simply because they are seeing too much of him. It’s like when you hear a great song on the radio. You love it the first 50 times you hear it, but then something clicks and you can’t stand it.

Pratt is on the 45th listen, and we’re hoping he takes a step back after the release of the second Guardians of the Galaxy film because we don’t want the people to turn on him.

He seems like a genuinely nice dude, and his story is pretty inspiring. For the February issue of Vanity Fair, Pratt talked about his childhood and how much of an impact his older brother had on his life.

“He was hands down the best big brother anyone could ask for, super- supportive and always helped me, and loved me, and took care of me. We spent our entire childhood, eight hours a day, wrestling.”

And it was his brother who made him want to be an actor. For most of Pratt’s life, he was focused on sports. He was captain of the wrestling team in high school and a talented football player. But when he saw his brother perform in a musical during Christmas, Pratt knew he wanted to be on stage too.

“One Christmas, he was in a play, a musical, and sang, and it knocked everyone’s socks off. My mom was crying. And I was like, ‘That’s what I want to do.'”

And he did it, although, it wasn’t easy and he failed several times before he had any taste of success. He answered an ad to sell coupons door-to-door. The job didn’t work out and he was forced to move back home with no money in his bank account.

He was embarrassed and wanted to get away, so when a friend talked to Pratt about moving to Hawaii, he jumped at the opportunity. He got a job in Maui and lived out of a van.

Then something magical happened. He met an actress while working one day at the Bubba Gump Shrimp Company, and she invited him to Los Angeles to audition for a movie.

“It was the worst movie I’d ever seen. The whole reason that movie came along was just so I could be brought to Hollywood. That’s why I believe in God and the divine.I feel like it was perfectly planned. People talk about rejection in Hollywood. I’m like, ‘You’re outta your f–kin’ mind. Did you ever have someone stick their dog on you at an audition?'”

Keep your head up, folks. Don’t give up on your dreams.