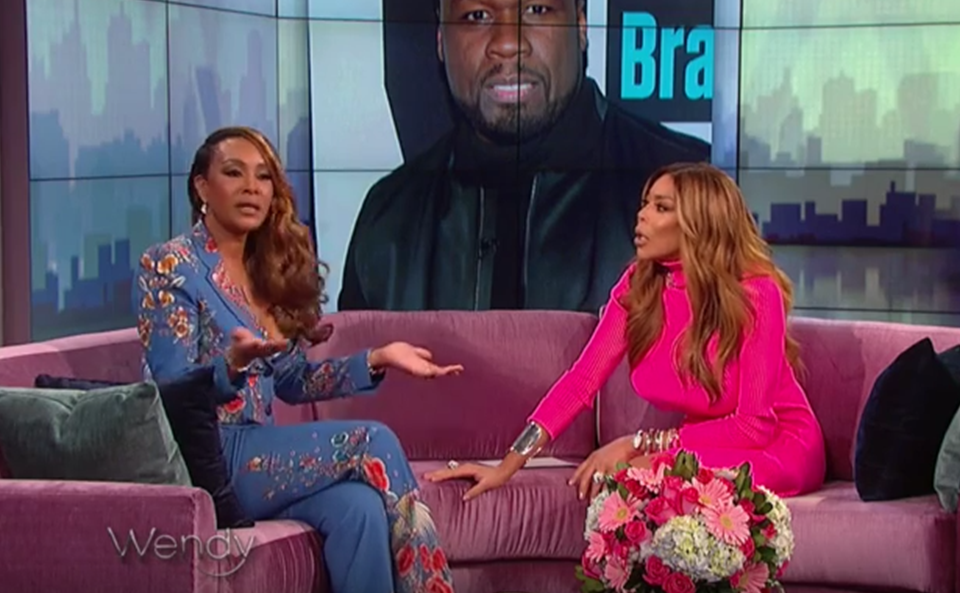 Really Vivica? Watch Wendy Williams Expression As Vivica Fox Holds Back Tears and Admits That 50 Cents is the Love of her Life! (VIDEO) I guess this is a testament to what good D will do to ya! That has to be the only reason for this type why Vivica is not over 50 Cent and she is clearly not over him.

The reaction on Wendy Williams face is priceless.  In fact, I had the same reaction.  This is the man that not only insulted Vivica but downright disrespected her to her face!  After their relationship went sour, it became this crazy war on social media where Fif is known to be downright ruthless!

Just to remind you, just how ruthless…do you remember this post: Ok, how about this one? This is why we were shocked and amazed, as was Wendy to see Vivica choking back tears as she gushed about 50 o the Wendy Show.

In case you missed it…this is the video of 50 cent clowning Vivica and confirming that she did lick his a$$.  50 is a straight clown!