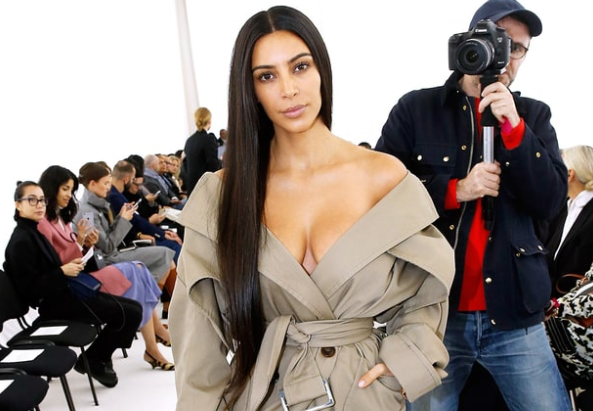 Say Whaaat? Over 15 People Arrested In France For The Kim Kardashian Robbery, Get All The Details Inside!

It looks like Kim Kardashian will finally get some justice. As you all know, the queen of reality TV was bound, gagged and robbed at gunpoint in her Paris apartment back in early October. The story was at the top of every site for weeks.

The thieves reportedly stole an estimated $10 million in jewelry. According to insiders close to the Kardashian family, the incident truly changed Kim’s life. She didn’t go out for weeks and when she did go out, she did not carry any expensive jewelry or clothes with her.

Well, now the 36-year-old reality star might be able to sleep a little better. According to reports from Europe 1 and RTL Radio, 15 people were arrested in connection with the armed robbery in Paris.

It was traces of DNA the robbers left behind when they bound and gagged Kim that led to the arrests. Apparently, the mastermind behind this robbery is a well-known criminal in the area who had been involved in several armed robberies. His name has not been released, but everyone arrested will be held for 96 hours before they are charged or released.

And during their time in custody, a video will be filmed of them and sent to Kim back in the states. She’ll have to relive that terrifying moment again to see if she can identify any of the people involved.

“Kim will now have to watch a video of all the men. The video is being sent to the U.S., where she will have to watch it with American officers working with the French.”

It’s not going to be easy for her. In a new promo clip from the upcoming season of Keeping up with the Kardashians, Kim revealed she believed she was going to die.

“They’re going to shoot me in the back. There’s no way out. It makes me so upset to think about it.”