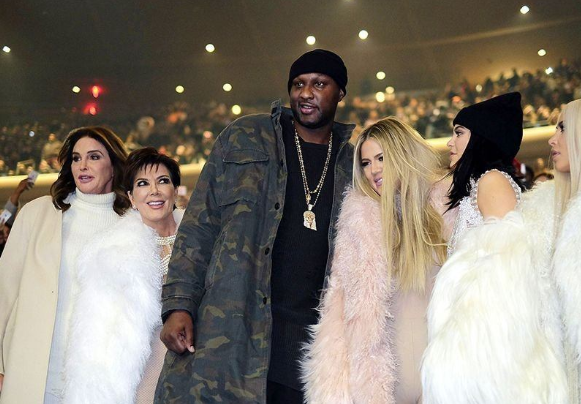 Here We Go Again: Lamar Odom Still Believes He Has A Chance To Win Back Khloe Kardashian, Awkward Video Inside!

It’s starting to get a little sad now. For over a year, Lamar Odom has been telling everyone he sees that he’s going to win back his former wife Khloe Kardashian. Even after all the drugs, the cheating, and the coma, he still believes he will spend the rest of his life with Khloe.

While talking about his life following a brief stay in rehab, the 37-year-old former NBA star revealed to The Doctors that he’s looking forward to winning his “wife” back.

He was asked straight up, “Going forward, when you look at your life ahead of you, what are you looking forward to?”

“Umm, honestly, I want my wife back”

Bruh. You got to let it go. She has moved on. She has been with like three other NBA players since the incident, and she seems to be very happy with her most recent boyfriend, Tristan Thompson.

Sources say Khloe still cares for Lamar. That will never change. But what has changed is their relationship. Khloe no longer sees Lamar as a romantic partner.

She spent too much time as his caregiver…

“They are friends and always will be, but they don’t talk in the same way they used to. They became very close after the Vegas incident and obviously Lamar is extremely grateful to Khloe for everything she did for him, but their relationship has undergone a metamorphosis.”

Honestly. I’m not sure Lamar truly wants Khloe back because he’s in love with her. I think it’s more of, “Wow. How else am I going to stay relevant?”

He needs to just step away from it all. Move to Kansas and become a basketball coach at a high school.