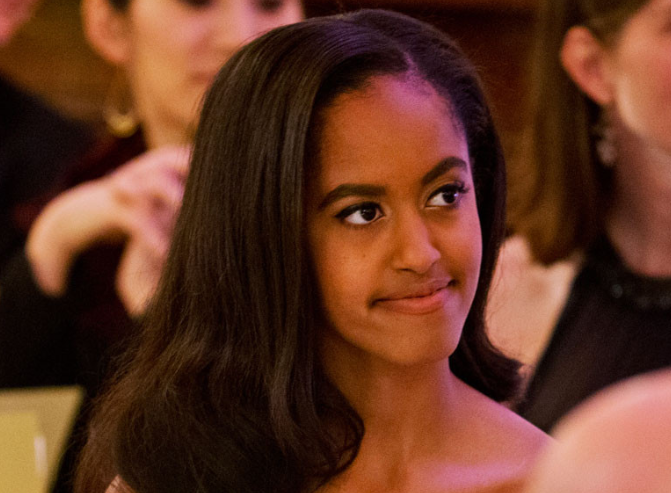 Malia Obama Will Intern For Hollywood Producer Harvey Weinstein In February, Get The Details Inside!

Well, damn. Malia Obama is going straight to the top. She just graduated high school last year and she’s already interning for one of the biggest producers in Hollywood.

According to multiple reports, the 18-year-old daughter of Barack Obama will begin working in the New York City office of the Weinstein Co. in February, after the First Family comes back from their vacation in Palm Springs.

It’s believed she will work in the marketing or development department. As some of you may know, Malia already has experience in the entertainment industry. She interned on the New York set of the HBO series Girls, and spent some time on set with Halle Berry in Los Angeles back in 2014.

In 2012, Michelle Obama revealed that Malia expressed “some interest” in film-making, so it looks like working in the entertainment industry has been her dream for a while.

She will be attending Harvard University this fall, so she’s going to have all her bases covered. She already has experience on set, she’s the freaking President’s daughter, and she is going to Harvard.

All her dreams will be coming true, and we’re sure Sasha will have the same success. She will be finishing high school in Washington D.C., while her parents work on their books and focus on their relationship.

It’s all good for the Obamas, and we could not be happier for them.