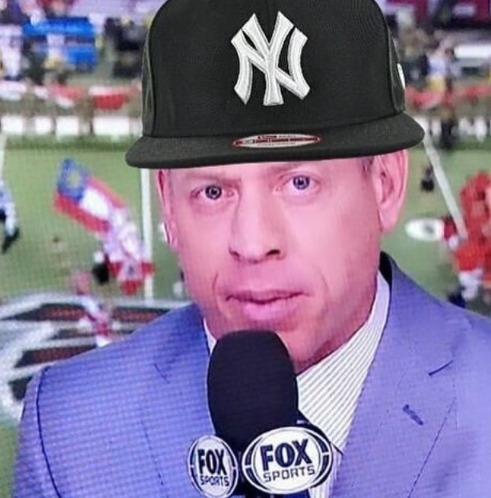 Will the white Jay Z please stand up? The folks on Twitter made a wild discovery this weekend during the Green Bay Packers and Atlanta Falcons game on Fox.

Fox Sports analyst/former Dallas Cowboys quarterback Troy Aikman was covering the game for Fox, and when the cameras focused in on his face in the booth, people on Twitter started going crazy.

Why? Well, because they believe he looks exactly like Jay Z… This discovery is not a new one. In fact, we found this old tweet from 2010…

We’re not sure why the meme popped this weekend, but maybe it’s because Troy’s face has continued to swell throughout the years due to all those concussions.

It doesn’t matter, though. We’re just here for the entertainment.