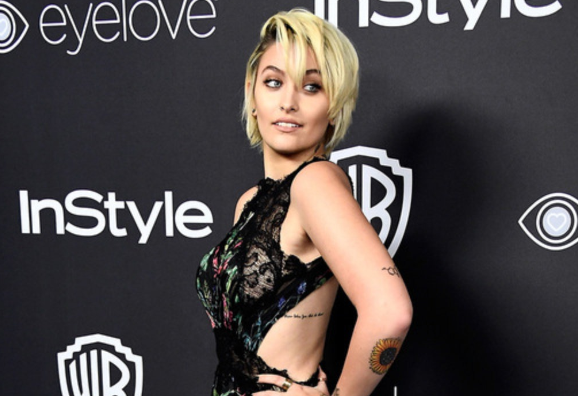 When a celebrity sits down for an interview with Rolling Stone, you know some real sh-t is going to be discussed. They repeatedly put out some of the best interviews, and their most recent one with Paris Jackson might be one of their best.

The 18-year-old daughter of the late Michael Jackson talked to the magazine about her depression, suicide attempts, sexual assault and her father’s suspicious death.

As some of you may remember, Paris tried to commit suicide back in 2013 when she was just 15-years-old. She slashed her wrists and downed 20 pills of Motrin. She claims it was self-hatred, “low self-esteem, thinking that I couldn’t do anything right, not thinking I was worthy of living anymore.”

But the most shocking part about this situation is that she says she had tried to commit suicide several times before that. It only went public that one time. The depression and low self-esteem all started after her father died in 2009. In 7th grade, she started to go to a private school, and she did not fit in with the kids at her school, so she started hanging out with older kids.

“I was doing a lot of things that 13-, 14-, 15-year-olds shouldn’t do. I tried to grow up too fast, and I wasn’t really that kind of a person. I’m a completely different person. I was crazy. I was actually crazy. I was going through a lot of, like, teen angst. And I was also dealing with my depression and my anxiety without any help.”

She’s had an extremely challenging life. Dealing with her father’s death at such a young age, avoiding the media, trying to fit in at school, and when she was 14-years-old, she was sexually assaulted by a complete stranger.

“I don’t wanna give too many details. But it was not a good experience at all, and it was really hard for me. And, at the time, I didn’t tell anybody.”

Paris also talked to the magazine about her father’s death. She remembers telling him to “take a nap” all the time because he looked so exhausted from constantly rehearsing. She blames Dr. Conrad Murray (who was convicted of involuntary manslaughter) and AEG Live, the promoters behind Jackson’s concert tour.

“AEG Live does not treat their performers right. They drain them dry and work them to death. He would drop hints about people being out to get him. And at some point he was like, ‘They’re gonna kill me one day,’ It sounds like a total conspiracy theory, and it sounds like bulls—t, but all real fans and everybody in the family knows it. It was a setup. It was bulls—t. It’s a chess game. And I am trying to play the chess game the right way. And that’s all I can say about that right now.”