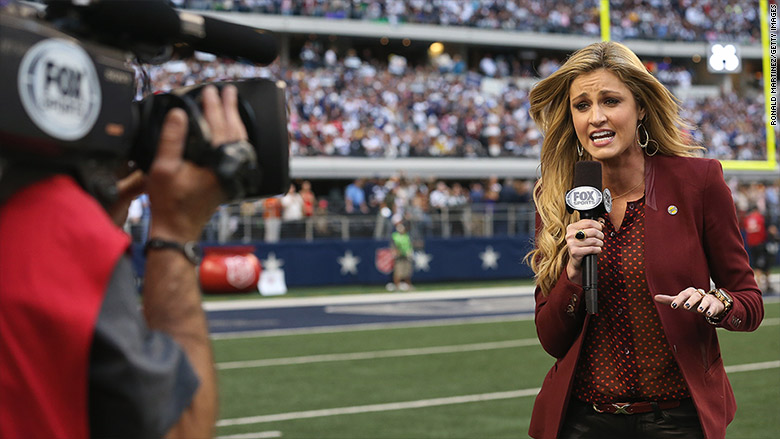 Wow. We couldn’t believe it when we saw the headlines this morning. Erin Andrews, the NFL on Fox star, who hasn’t missed a single game this season has been battling cervical cancer for several months.

She was diagnosed in early October 2016, four months after a regular checkup with her doctor. Soon after being hit with the diagnosis, Andrews went in for surgery at Cedars-Sinai Medical Center. Since then, she’s had to have multiple surgeries, but she hasn’t missed any work or complained to anyone.

Heck, two days after her first surgery, she flew to Green Bay to shoot a planned segment with Jordy Nelson. She told Sports Illustrated that sports were her escape. She went in with the attitude of a professional athlete.

“Should I have been standing for a full game five days after surgery? Let’s just say the doctor didn’t recommend that. But just as I felt during my trial, sports were my escape. I needed to be with my crew. Throughout my career, all I’ve ever wanted is to just fit in. That I had this extra baggage with the scandal, I didn’t want to be any different. I felt that way about being sick too. I don’t want players or coaches to look at me differently.”

A little over a month after her first surgery, Andrews got good news from her doctor. She wouldn’t need chemo or radiation. She is cancer-free now and you can bet she will be working the Super Bowl next month.

Ain’t nothing gonna stop her. She’s a beast. We wish her all the best in her recovery.