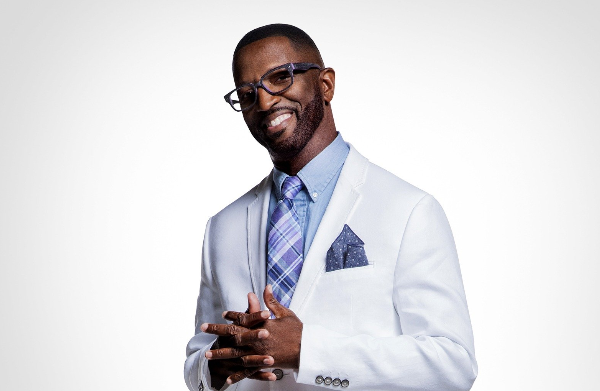 SCRIPTED? Rickey Smiley Is Getting Blasted On Twitter Because His 15-Year-Old Son has some crazy dating preferences (VIDEO)

So apparently Rickey Smiley and his family have a reality show? That’s news to me. The show is called Rickey Smiley: For Real, and on the most recent episode, Rickey’s 15-year-old son Malik went on a date with a black girl.

It was a double date set up by his cousin, who was concerned for Malik because he only dates “whites and Mexicans.”

During the date, the cousin can tell Malik is not really feeling this girl, so they go off to the side to have a “private” conversation. The cousin asks Malik straight up if he doesn’t like black girls.

And Malik replied with this:

“Black females are not attractive to me. I look at them like my sisters… I went to an all-white school. Sometimes people have different tastes, and I don’t have a taste for her.”

This obviously pissed off a lot of Rickey Smiley fans, and they slammed him on Twitter…

When Smiley noticed all the tweets coming his way, he decided to respond on his own Twitter account: But here is where things get interesting. On the Rickey Smiley Morning Show, Rickey claimed the whole thing was scripted, and the producers told his son to make that statement.

He had his son call in to confirm it…

“I really did not mean it in that way. He gives me a script and I say exactly what’s off that script. They told me to say that. I did not say that. They must have cut this out, I said that I had bad experiences with a lot of black females and I just want to try something different.”

We all know reality shows are mostly scripted; however, this claim doesn’t make any f–king sense. They are speaking to a mostly black audience. Why would the producers want to piss off their target audience? That’s a bad move for ratings.

And why is Rickey not doing a better job of protecting his son? If it’s all scripted, he should be reading every single line before his son is allowed to say it.

Something isn’t right here. Someone is lying.