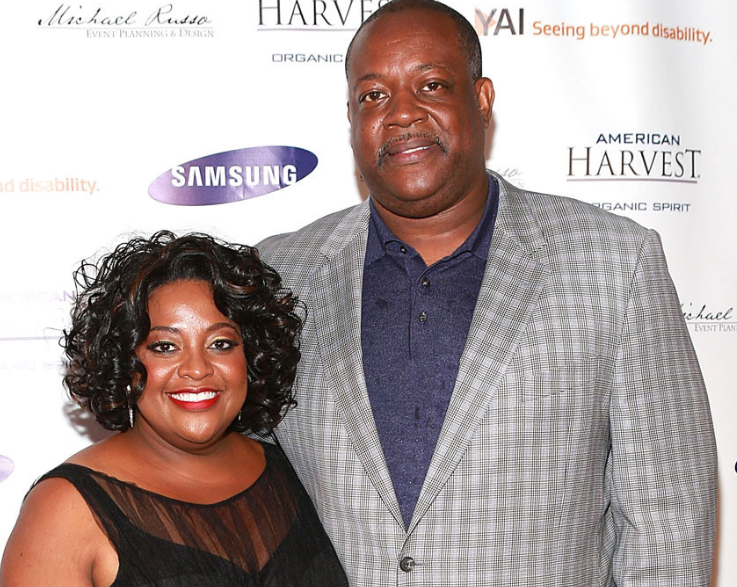 Someone Call 911, Cause Sherrie Shepherd Just Burned Her Ex-Husband By Posting His Dating Profile On Her Twitter Account…LOL! (PHOTO) We don’t like to see anyone go through a divorce. My mom went through two divorces when I was child, and both of them sucked giant balls. It’s not a fun process, and being a celebrity doesn’t make it any easier. It’s like getting the flu. That sh-t is going to suck no matter how rich and famous you are.

But sometimes celebrity divorces are extremely entertaining, and if they’re already going through them, why should we refrain from joining the fun? We shouldn’t.

That’s why we’re here to tell you about Sherri Shepherd and her ex-husband Lamar Sally. They have had a nasty divorce, and it’s clear they don’t like each other at all. Most of their arguments are about money. They have been in court battling over child support payments for months.

Sally believed he deserved higher child support payments, and Sherri believed he was just being greedy. Earlier this week on Twitter, Sherri wrote:

“For the record… I always offered to financially care for my ex-husband’s son.  What he was demanding was not fair & allowed him to not work. My ex-husband says he works part-time 20-30 hours a week. I work a min of 15-hours a day. I have always had to hustle to take care of mine.”

I know what you’re thinking, “Was that the burn?” No. Do you think we would play you like that? If we promise a severe burn in the title, we are going to deliver.

Last night, Sherri jumped back on her Twitter account and posted a screencap of Sally’s dating profile on Black People Meet. On the site, Sally claims he makes around $100k a year.

This is what Sherri had to say… Daaaaaamn. Someone call the hospital and ask what room Sally is in. We want to send him some flowers.

In case you missed it…..