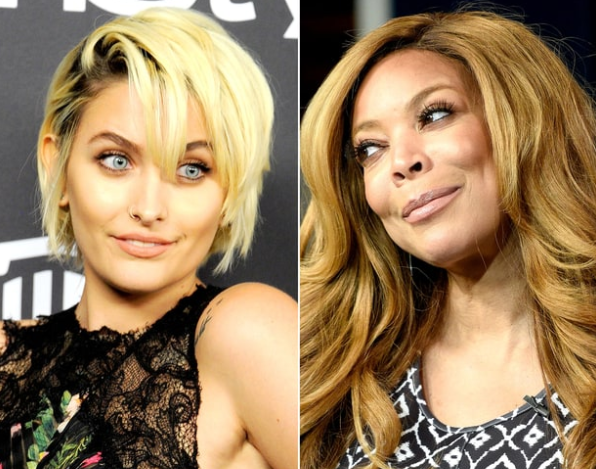 The Feud Continues: Paris Jackson Responds To Wendy Williams, Find Out What She Said Inside!

You didn’t think the feud would be over that quick, did you? If you missed it yesterday, Wendy Williams went on her show and blasted Paris Jackson for her interview in Rolling Stone magazine.

Williams couldn’t believe the magazine put her on the cover because she hasn’t done anything, “You cannot be on the cover of one of the most prestigious entertainment and influential magazines in the world and just be the daughter of Michael Jackson and tell your story inside.”

She also found it hilarious that Paris considers herself to be black. Williams basically told her she doesn’t LOOK black, so she can’t claim to be it.

It didn’t take long for Paris to hear about Wendy’s comments. The 18-year-old model went on her Twitter account and sent out two simple messages to Wendy. In her first tweet, she wondered why Wendy thinks about the Jackson family so much…

Paris also fired back to Wendy’s ‘not black enough’ comments by saying, “Well she didn’t birth me so…,” which is a pretty weak response.

It’s clear Paris still needs to work on her internet fighting skills. I’m on her side in this battle, but if she wants to beat a professional trash talker like Wendy Williams, she needs to come on strong with better responses.

Hopefully Wendy lets it go now. We’d hate to see this get nasty, because it’s obvious Wendy would win that battle.