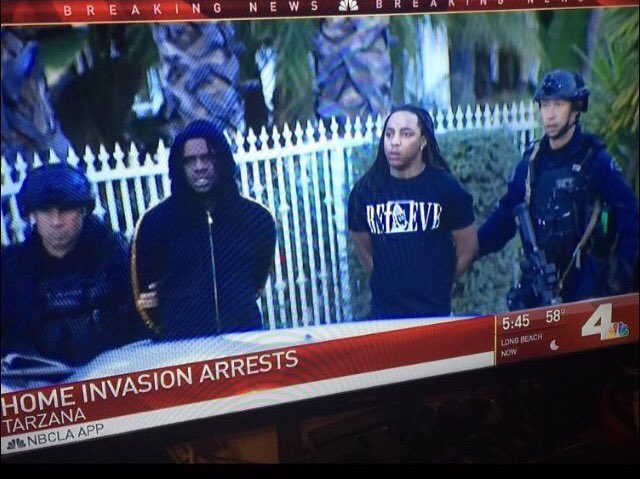 This is an update to Sunday’s story.  That’s when we found out that Chief Keef and his goons, stormed Ramsay The Great’s house and basically pistol whipped and then robbed him.  Ramsay went to the hospital, filed a police report and made this video describing what happened.

Keef was arrested yesterday after a search warrant was issued for his home in Tarzana, CA.  Chief Keef’s real name is Keith Cozart.  (After you get arrested for dumb s#@T you no longer have the right to your stage name.)  Cozart and Tadoe were arrested at his “Lavish” million dollar home without incident.  LAPD Captain Brian Pratt explains that the LAPD were very eager to get the rapper into custody,

It was a violent home invasion involving firearms being pointed at victims.  The detectives did some really great follow up investigation. Witnesses came forward and identified who our suspects were. We knew who we were going after – we weren’t just shooting in the dark.

It’s not clear who the third person arrested was.

Before we get into the Ramsay the Great Snitching Video – take a look at the house that Chief Keef just got arrested from. He gave all of this up on some stupid [email protected]!!

RAMSAY THE GREAT HAS SOMETHING TO SAY AFTER THE ARREST.