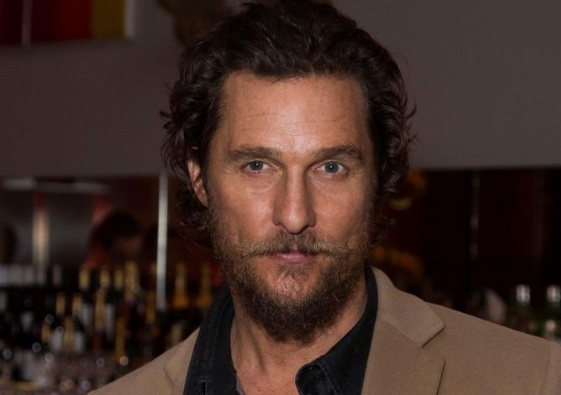 Donald Trump doesn’t have many supporters in Hollywood. The SAG Awards last weekend were basically an anti-Trump rally, and if you take a look at your favorite celebrity’s Twitter feed, you’ll probably see a few slams against Trump.

And their hate is certainly justified. When Trump was first elected, there were people screaming, “Give him a chance!”

We gave him a chance, and he’s just as terrible as we imagined. He’s spreading fear, promoting isolation and making lots of enemies around the world. No one wants this for another four years.

Well, we shouldn’t say no one. There are some people out there who still believe in Trump. Matthew McConaughey had an interview with British Channel FI about his new movie, Gold. And during the interview, the interviewer noted that “every single American actor or arty type who comes over to London dumps on Trump.”

The interviewer then asked if it was time for Hollywood to give the guy a break. The 47-year-old actor responded with this…

“Well, they don’t have a choice now, he’s our president. And it’s very dynamic and as divisive of an inauguration and time that we’ve ever had. At the same time, it’s time for us to embrace, shake hands with this fact, and be constructive with him over the next four years. So, even those who most strongly may disagree with his principles or things he’s said and done — which is another thing, we’ll see what he does compared to what he had said — no matter how much you even disagreed along the way, it’s time to think about how constructive can you be.”

That’s the thing, Mr. McConaughey. He has done everything he said he was going to do. We can no longer laugh it off and be like, “Oh, but no…he won’t really do that.”

HE WILL DO IT. HE HAS DONE IT! YOU DON’T EMBRACE MADNESS…YOU CHANGE IT!