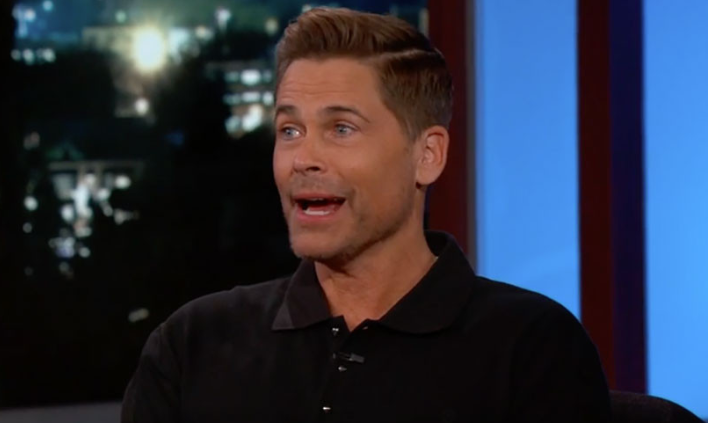 Rob Lowe Reacts To His Alleged Job Posting For A Personal Assistant, Find Out What He Had To Say About It! (VIDEO)

Earlier this week we shared with you Rob Lowe’s alleged job posting for a personal assistant. If you missed it, you can click on this link to check it out. Basically, Lowe sounded like your typical Hollywood douchebag who wanted someone to take care of him like he was a child.

During a recent interview with Jimmy Kimmel Live!, the actor reacted to the now viral job listing. He admitted he had heard about it, but hadn’t actually read the requirements, so Jimmy Kimmel read them for him.

Things like, “schedule haircuts every episode for the client,” and “ensure Rob is fed and has coffee throughout the day.”

“I’ve got my priorities really in order—that’s what’s clear. It sounds pretty good. I’m going to have to get to the bottom of this. This might be real. Not only it may be real, but I kind of am liking the specifics that they’re asking for.”

He also confirmed that he was looking for someone new to join his team, so there is a chance this job listing is 100% legit.

Lowe played it off well in this interview. He managed to somehow come off as likable, which shouldn’t be the case considering he sounds like a bigger diva than Mariah Carey.

But I guess when you’re that rich and famous, why not ask for the moon?