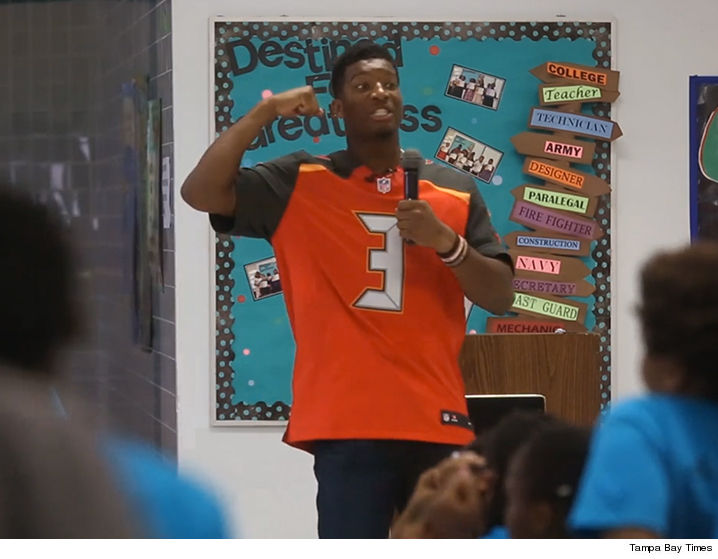 Jameis Winston, the quarterback for the Tampa Bay Bucs, was giving a speech to some elementary school students in St. Petersburg when he went off script and completely blew it.

He noticed the kids were starting to get bored during the speech, so he decided to get loud and try to motivate. The only problem is that he only seemed to care about motivating the boys. The girls weren’t even worth it.

And it didn’t get any better from there. You can watch the video at the top of the page, and check out the most damaging part of his speech in the quote below…

“But the ladies, they’re supposed to be silent, polite, gentle. My men, my men (are) supposed to be strong. I want y’all to tell me what the third rule of life is: I can do anything I put my mind to. Scream it!”

According to the reports, one girl in the audience turned to her teacher and said, “I’m strong too!” And that’s when a million hearts broke around the world. It sounds like the start of some Disney movie where the girl dedicates her life to proving Winston wrong and becomes the greatest female NFL player in history.

Winston didn’t really sound that apologetic after the incident, he simply told the media, “During my talk, I used a poor word choice that may have overshadowed that positive message for some.”