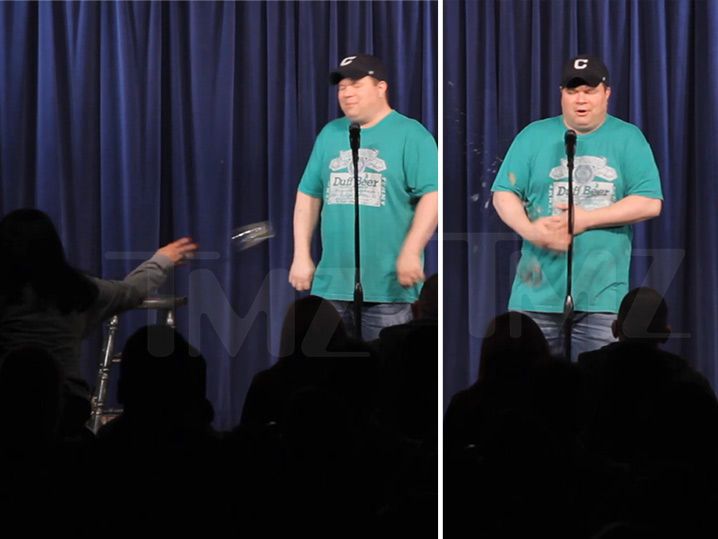 Must Watch Video: Comedian Gets Attacked On Stage By Two Women After Making Donald Trump Joke!

Every comedian out there is making fun of Donald Trump during their shows. It’s too easy. You have to take advantage of it.

And the great part is that you don’t have to worry about offending anyone because most people hate Trump. There aren’t a lot of people defending him.

But surprisingly, there are still at least two people out there who support President Trump, and even more surprising, the two people are females.

Comedian John Caparulo, who starred in Vince Vaughn’s Wild West Comedy Show, was performing at The Comedy & Magic Club in California when he made a d**k joke about Donald Trump.

Two women in the front row did NOT like the joke. They yelled “f**k you!” at John, and then one of them launched a glass at him.

And it connected. John even admitted he was in some pain after the incident. You can tell how pissed he was right after the glass hit him. For a second, we actually thought he was going to jump off the stage and fight back, but thankfully he was able to control himself…