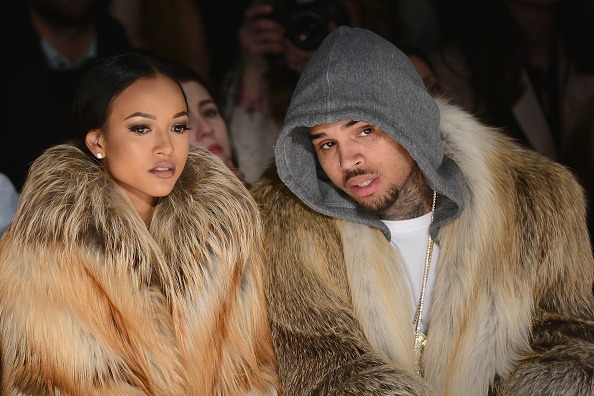 Another Day, Another Restraining Order Against Chris Brown: Find Out Who He Threatened To Kill This Time!

The legal trouble for Chris Brown continues. One week after his ex-girlfriend Karrueche Tran obtained a temporary domestic violence restraining order against him, Tran’s best friend J.Ryan La Cour and two other friends have also obtained restraining orders against the R&B singer.

According to the report, Brown went to Cour’s house unannounced multiple times and made some pretty scary threats. He allegedly told La Cour that “no matter where we go, he will find us and shoot the place up.”

And then there is this…

“In the past, Chris Brown has threatened me and run up on me for not allowing him to bully Karrueche Tran in my presence. More recently, making threats to her saying that he will beat anyone that is friends with her.”

It’s easy to roll your eyes at this, especially if you’re still a Chris Brown defender. You might be thinking that all these people are just looking for attention. They want to join the chaos.

But you know, I’d consider Brown a serious threat. He has hurt people in the past, and he certainly doesn’t seem stable.

La Cour claims one of the latest incidents with Brown went down at a Super Bowl party. He was there with Tran when Brown and his friends tried to bully them.

Sure. 90% of the time he’s probably just running his mouth, but why take the chance? You have to protect yourself. I don’t blame these people for obtaining restraining orders.

You can call it a bitch move…I’ll call it a smart move.