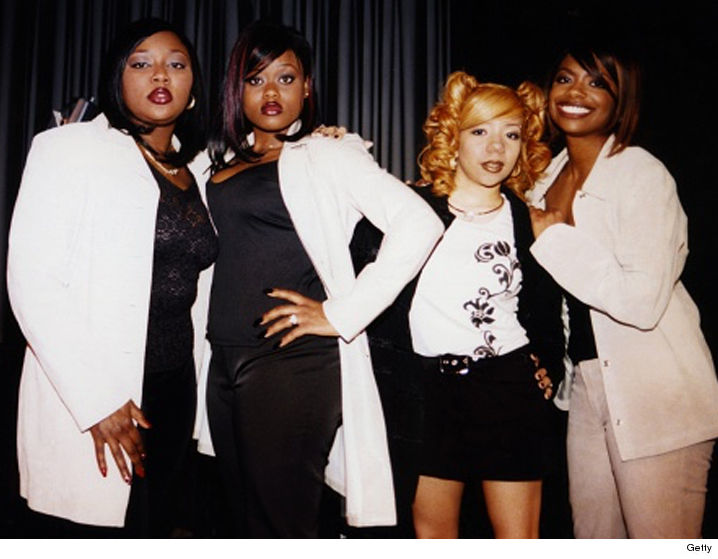 After Settling An 18-Year-Old Beef, Xscape Is Reuniting With All The Original Members, NEW MUSIC COMING SOON! (VIDEO)

We did not see this coming. During a special visit to Atlanta radio station V-103, all four original members of ’90s girl group Xscape reunited and shared some shocking news with their fans.

Kandi Burruss, Tiny, Tamika and LaTocha Scott announced they are in the “very early” stages of making new music together. This according to insiders who spoke with TMZ. No tour has been scheduled, but things are looking promising right now.

Heck, they’re even talking about a possible biopic.

You’ll remember that when the group broke up, they were split right in the middle. Kandi and Tiny on one side and Tamika and LaTocha on the other. During the most heated portion of their beef, Kandi stated the group would NEVER get back together.

TMZ claims the beef was placed inside the oven nearly two decades ago when Tamika accused Kandi of getting with Jermaine Dupri’s father.

But it’s all good now. They talked it out and now they’re ready to create something special for their fans. “This year at some point, we gonna pull it off together,” Kandi said during the interview.

Tamika promised fans they sound even better now, “The vocals are even better baby, the talent went nowhere.”

Check out the interview below…