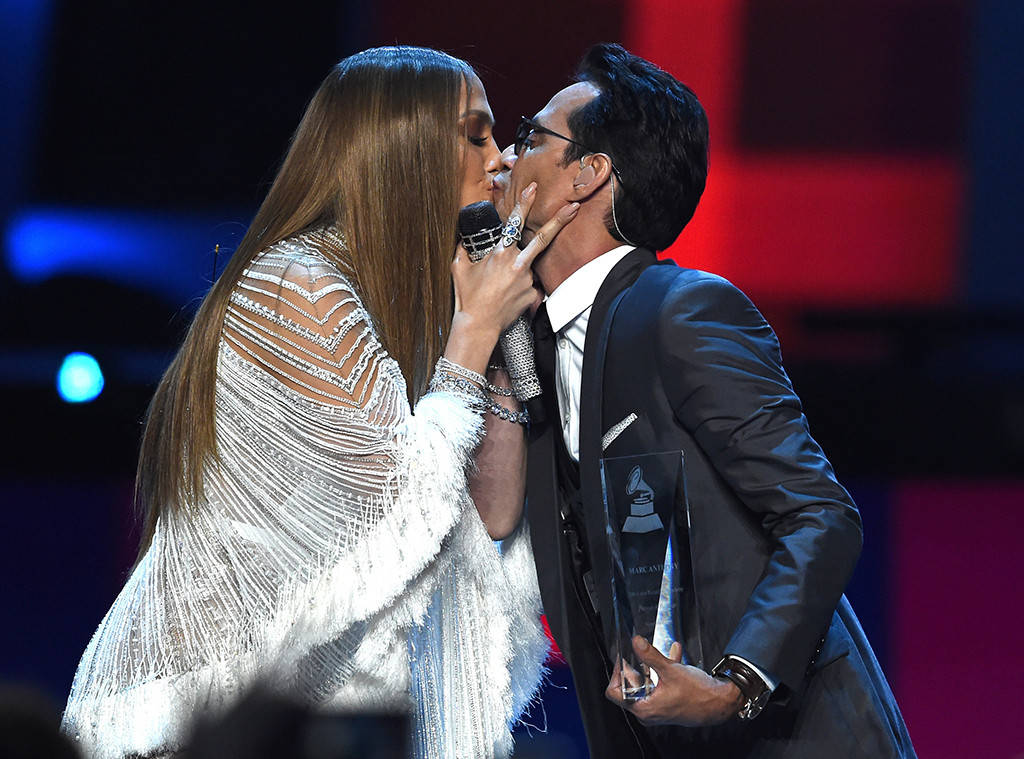 Ever since they shared a brief kiss on stage last year at the Latin Grammy awards, fans have been wondering if Jennifer Lopez and Marc Anthony might get back together.

As some of you may remember, Anthony filed for divorce in 2012 and the divorce was finalized in 2014. The two stars have dated multiple people since then. Heck, Anthony has managed to get married and divorced again since then.

Neither one of the stars has had much success in the love department since their divorce, which makes some people believe they will end up getting back together.

But J.Lo went on The View this week to put an end to those rumors. She admits they’re in a great place right now, and that’s all because they are JUST FRIENDS.

It’s the only way they work…

“You know, Marc and I are good how we are right now. There is a reason we’re not together but we’re great friends. We’re parents together and we’re even working on a Spanish-language album together. That has been even better for us because actually, we met working. That’s where we really are magical, when we’re on stage together and stuff like that. That’s where we’re good and so we leave it there.”

Makes sense to us. Why mess with a good thing? Especially when you have children together. They have found a recipe that works and they should stick with it.