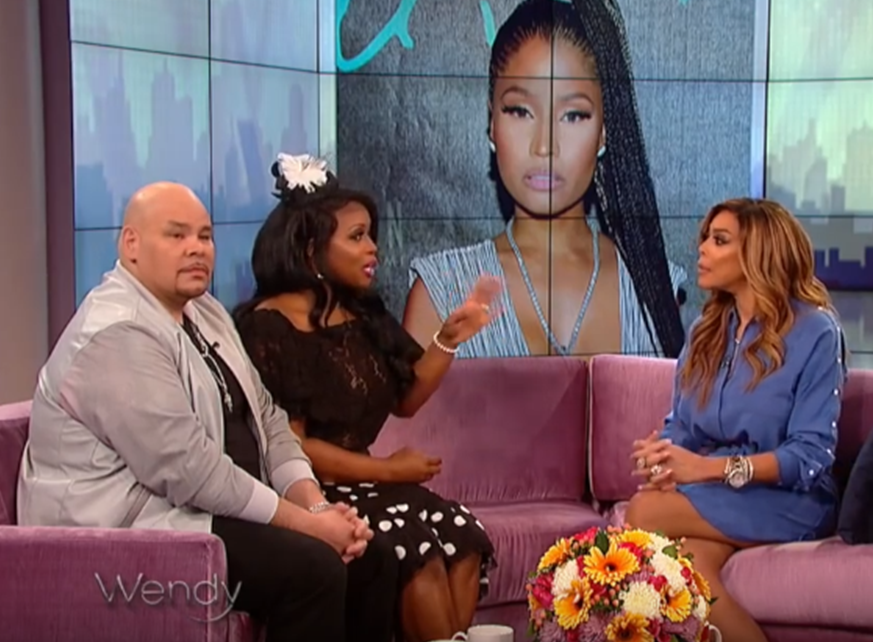 This is getting messy which is good for me. Especially my fans come because they can get it all in one place; this post!

What started as a simple rap beef, is still a rap beef but it’s no longer simple.  Everyone has realized that if done right, there is money to be made.  Now it’s no longer for the art and the culture, it’s for the mighty dollar and that’s when quality starts to suffer.

Back in the day, beef was beef and it took a while for people to respond.  The response ended up at a live show and was then recorded on wax in a studio.

Three months later it was on the radio.  Today, you can record your diss track in your basement and have it up on itunes, cashing in, if you have enough of  social media following.

While most of us, like me, went to Youtube to listen to Shether, it was also released on Tidal and iTunes.  As I write this Shether is number 31 on the itunes overall chart and probably #1 in hip hop, which Remy mentions on the Wendy Williams show.  Cha-Ching.  Just in case you haven’t heard it, here ya go……

I’m not really sure what day of the week this episode was filmed but we know it was after 3 days of no response from Nicki and before Thursday night.  My guess would be Wednesday March 1st.

Wendy was pure Wendy and got right down to the beef.  Remy Ma was pretty forthcoming with everything while Fat Joe stayed silent.  Remy explained the origins of the beef, but she also said that she said, all she had to say, and she was DONE.  Which now we know is not true!