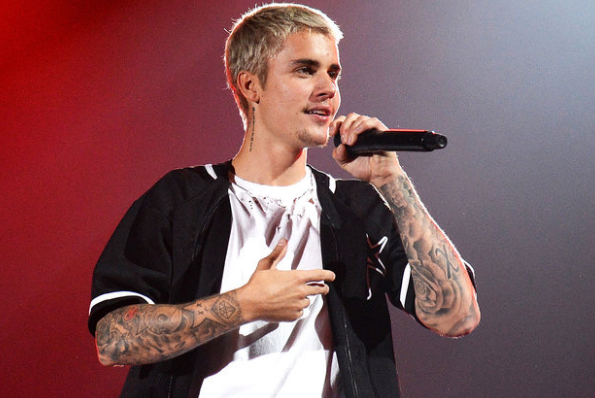 Justin Bieber Tells Fan, “You Make Me Sick” During His Purpose Tour In Australia, Watch The Bizarre Video Inside (VIDEO) Justin Bieber is continuing his love/hate relationship with his fans. If you look at his social media pages, you’d think he was the most loving artist in the world. You would think he’d never have anything nasty to say to his fans.

A few days ago, he posted the photos you see below, with the caption, “Everyone needs to just hug more.” So sweet, right? What a great relationship he has with his fans. WHAT A GREAT MAN HE IS NOW!

But wait…that’s not the full story. We all know the Biebs has two sides to him. The fun, “let’s just spread love” side, and the huge freaking douchebag side.

The 23-year-old singer was in Australia for a leg of his Purpose World Tour when he was approached by a group of girls as he was getting inside a vehicle. He was eating food while talking to the girls, and everyone seemed to be enjoying the encounter.

But then one of the girls pulled out a cellphone to take a photo, and that’s when he got real cold and said, “Look at your respect level. Look at you—you make me sick.”

“He was being really rude. I took the photo anyway because I thought when am I going to have this moment in my life?”

It’s easy to see what’s going on here. The Biebs doesn’t mind talking (or even hugging) his fans, but when they try to capture the moment with a photo? That’s when he loses his sh*t.

Back in May of 2016, he wrote the following on his Instagram page…

“If you happen to see me out somewhere know that I’m not gonna take a picture I’m done taking pictures. It has gotten to the point that people won’t even say hi to me or recognize me as a human, I feel like a zoo animal, and I wanna be able to keep my sanity.”

It’s a difficult situation. I see both sides. I think Bieber should try to be more understanding, though. It’s not cool to tell a fan, “you make me sick,” especially not when they’re doing something almost every other fan would do in that situation.

You’re a star, Justin. You can pretend to be a zoo animal for a few minutes.