Ed Sheeran Tells All In New Interview, Explains How He Won Over His Girlfriend And Talks About The Song He Wrote About Her 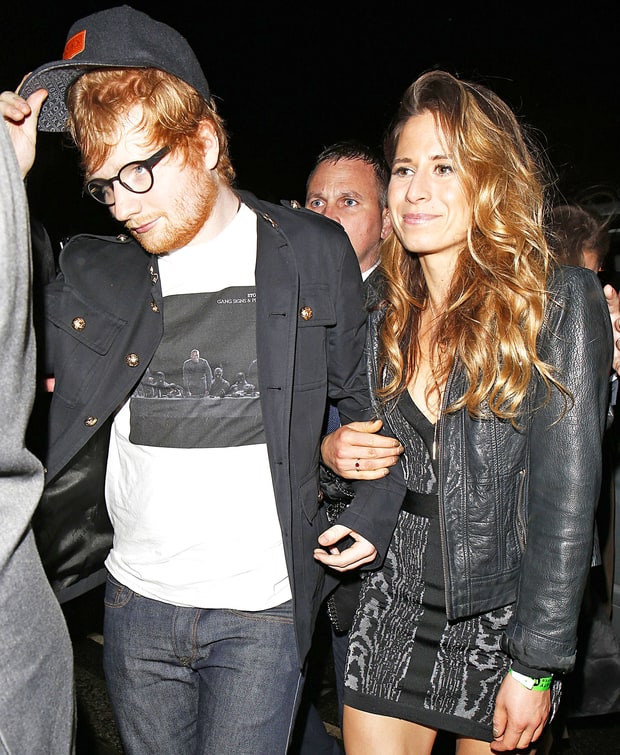 Ed Sheeran is in a really good place right now. He spent last year getting healthy. We’re talking about both mental and physical health.

The year off helped him focus on the things that truly matter. His health, love and humility. During a lengthy interview with Us Weekly, Sheeran talked a little about everything, including his love life with his high school crush, Cherry Seaborn.

“One of our best friends worked on my tour. So when we came to New York, where she was living at the time, we hung out and reconnected through our mutual friend. She’s great.”

The relationship that blossomed was/is an intense one. They spent much of 2016 together, traveling the world for nearly five months together.

“It was inspired by Cherry. The line that goes, ‘Barefoot on the grass, listening to our favorite song’ was about when we were in Ibiza listening to Future’s March Madness literally not wearing any shoes and going mental on the lawn, which was quite a nice time. I didn’t see her first reaction to the song because she lived in New York at the time. So I just emailed it to her but she did really like it.”

I’m kinda digging the song cause it has an old school vibe to it. It reminds me of pop/soul music from the ’60s.

As we mentioned above, Mr. Sheeran is in a really good place right now, and it’s all because of that year break. That’s probably why Taylor Swift is taking much of 2017 off. She saw how much it changed Ed’s life.

We’ll leave you with one more quote from Ed…

“Finding my life balance again was the best. I hadn’t really adjusted completely to my new lifestyle so having a year off to balance it all out was quite important. I learned to prioritize what’s really important. I’ve got a strong group of mates and a wonderful girlfriend who I grew up with. I’ve got a house where I grew up. So I’ve kept my roots. It had all helped me to stay grounded.”