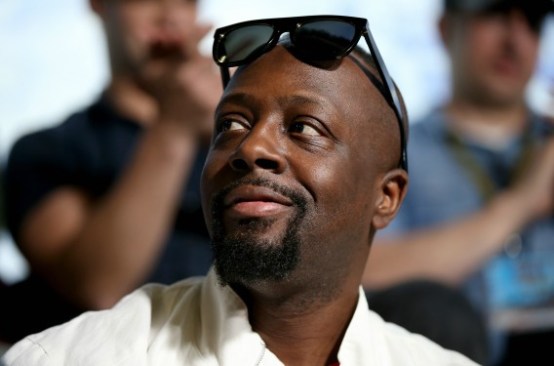 Wyclef Jean had a pretty wild night. The 47-year-old singer/rapper had been working all night in the studio on Monday, and he didn’t leave until the early hours of Tuesday.

And on his way home, he was stopped at a gas station by the Los Angeles County Sheriff’s Department. He posted a clip of himself with his arms behind his back next to a police car in the middle of an officer sandwich.

“Coming from the studio with T-Baby. Y’all see the police have handcuffs on me. They just took off my Haitian bandana,” he says in the short clip, before adding, “That’s what’s going on with Wyclef in L.A. right now. The LAPD have me in cuffs for absolutely nothing.”

According to the caption on the video, the Sheriff’s Department had a report that a black man with a red bandana had just robbed a gas station, so when they saw Jean fitting the description, they put him in handcuffs.

Sounds reasonable, right? They would be terrible cops if they didn’t make sure Jean wasn’t their man. But it was how they handled the situation that has people angry.

“I was asked by the police to Put my hands up. Then I was told do not move. I was instantly hand cuffed before being asked to identify myself. Nor was I told why I was being cuffed. In the process I said my name and told them they have the wrong person. They proceeded to ignore me and I was treated like a criminal until other police showed up and pointed out they had wrong person.”

Police are never going to fix their relationship with the community until they start showing people some respect.