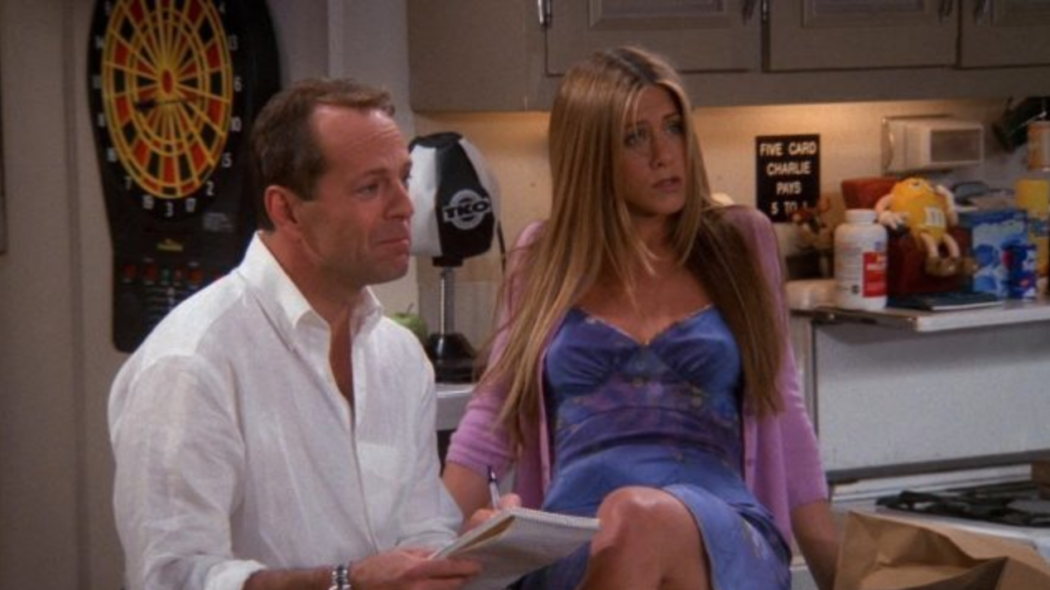 Yeah, we’re still talking about Friends. There has been so much ‘Friends’ information hitting the web recently, thanks in large part to the reunion special that premiered a few weeks back on HBO Max.

But let’s be honest, even without the reunion, the show was still making headlines. It’s one of the most popular sitcoms ever, with a ridiculously long run on television from 1994 to 2004. During those 10 seasons, the sitcom had several huge guest stars, including Brad Pitt, Bruce Willis, Paul Rudd, Tom Selleck, Danny DeVito, Charlie Sheen, Julia Roberts, Denise Richards, George Clooney, Gabrielle Union, and the list goes on and on.

During a recent appearance on The Howard Stern Show, Jennifer Aniston was asked if she could remember any rude guest stars, and while she declined to name the person, she did talk about one “male” who thought he was above it all.

She explained how the network and producers would laugh during a network run-through, which apparently made the guest uncomfortable.

This person was like, ‘Listen to them, just laughing at their own jokes. So stupid, not even funny,’ It was just like, ‘What are you doing here? Your attitude—this is not what we’re all about.’ This is a wonderful, warm place to be, and you’re coming into our home and just sh–ting on it.

Aniston then explained that years later, this mystery dude actually apologized for his behavior on set. He claimed it was the nerves, “I was just so nervous, to be honest, that I wasn’t on my best behavior,” he reportedly told the cast.

Your next guess might be Bruce Willis, who has been known to have an attitude on set, but apparently Bruce was close with Matthew Perry at the time, so it’s unlikely he acted that way.

It looks like the guest star could be Fisher Stevens, who appeared in the first season of the show as Phoebe’s boyfriend. Earlier this year, Stevens talked about how much of an a**hole he was on set. He explained in that moment in his career, he had never done a sitcom, and he didn’t know that scripts often get rewritten.

Because that’s what sitcoms did. And I didn’t know that. I was kind of an a–hole, I have to admit. ‘What do you mean? So I have to relearn lines that you’ve written that are worse than what you’d originally written?’ Yeah, I was a d—. I’ve rarely seen any of those people on Friends again, but I’m sure if you asked them about me, they would go, ‘What a New York snob.’

That certainly sounds like what Aniston was describing, yeah? Someone who felt lke he was too good for a sitcom…a New York snob.

It’s entirely possible there was another rude guest star, so maybe this doesn’t solve the mystery, but if we had to bet, we’d put money on Stevens.