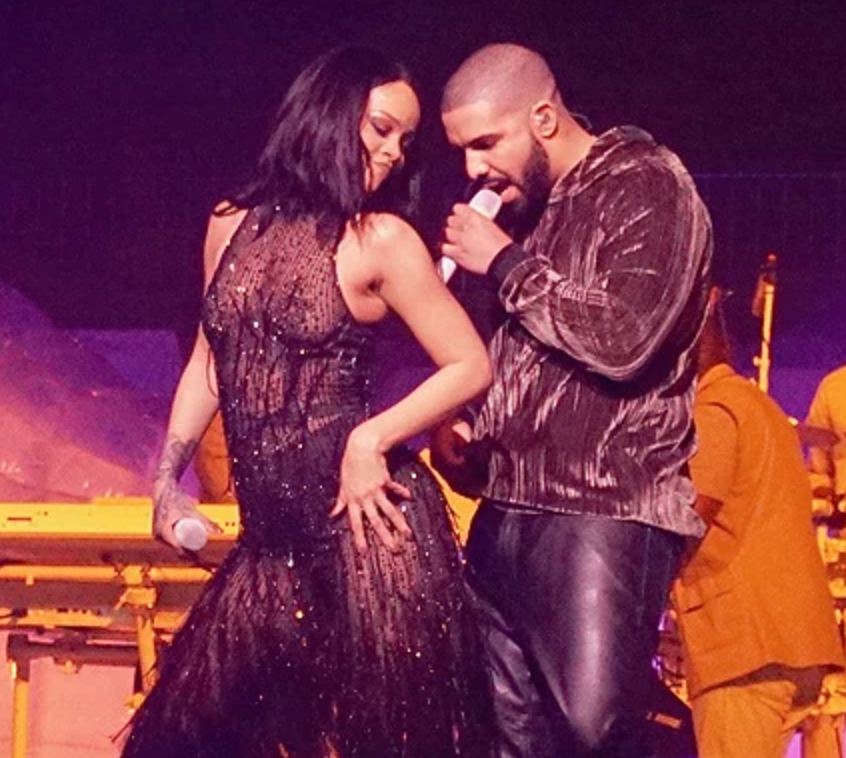 Now that Rihanna is in a pretty serious relationship with A$AP Rocky, she wants to distance herself from whatever the hell kinda romance she had with Drake.

And part of that distancing includes covering up some ink. On Wednesday, some eagled eyed fans noticed that the shark tattoo she had on her ankle was gone. The shark done swam away.

Well, that’s not entirely true. It didn’t actually leave her ankle, she just covered it up with some other piece of art. Check out these photos. The first photo is from March of 2021, where you can clearly see the shark tattoo still exists.

But then take a look at this photo from Wednesday, June 23.

She covered it up! She and Drake got the matching shark tattoos back in 2016. Drake’s tattoo is on his inner arm. And believe it or not, the shark was actually something meaningful to them both.

The ink, which was designed by tattoo artist Bang Bang, was reportedly inspired by a stuffed animal shark the ‘God’s Plan’ singer got her during an aquarium date in August of that year.

That’s some cute a** sh*t right there. We expect nothing less from Drake, who is probably romantic as hell in relationships. He’s probably too romantic, stuffing pillows with roses, and the girl is like, “I JUST WANNA SLEEP, DRAKE! THIS AIN’T FIRM!”

Anyway, no doubt Drake will write a song about this on his upcoming album, and he won’t even try to hide what it’s about. He’ll probably even title it “Sharkish Behavior”

Girl I thought you’d be my savior

Turns out you were just about that sharkish behavior

Would’ve done anything to keep you as my girl

Girl I thought you’d be my savior

Now I’m tasting the remnants of your flavor

And it ain’t nothing but sharkish behavior

Hit me up, Drake. More where that came from.