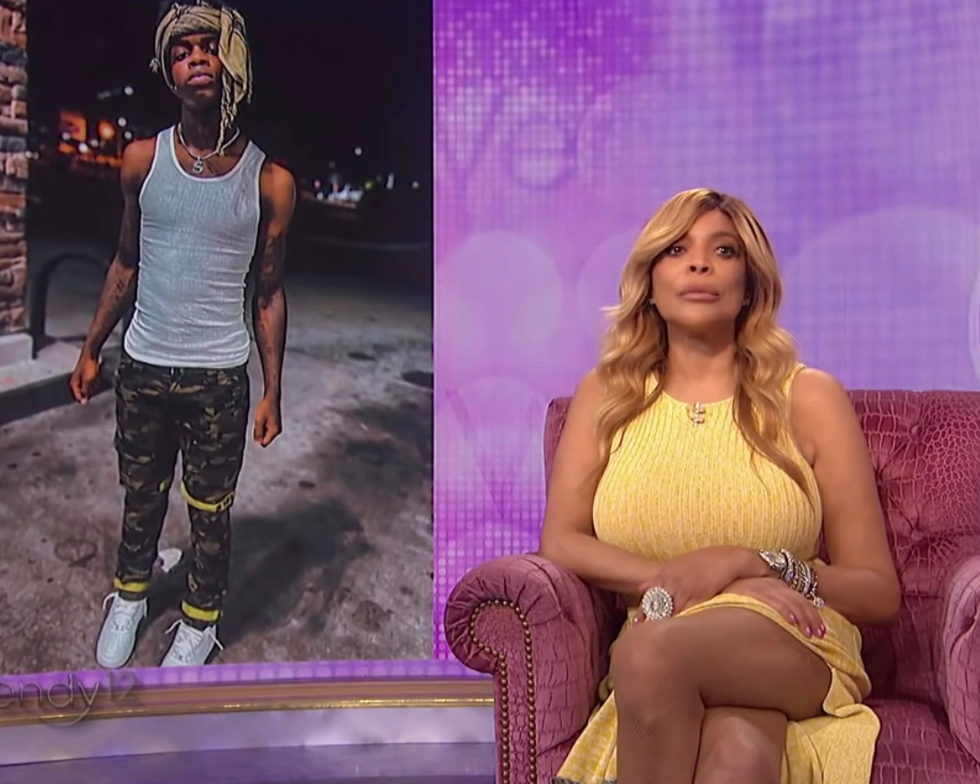 Wendy Williams Is Going Viral For All The Wrong Reasons, Slammed For Making Fun Of Dead TikTok Star

Love her or hate her, Wendy Williams provides some quality entertainment. There’s a reason her show is still airing, despite the fact that the network has probably received so many complaints.

During one of her infamous ‘Hot Topic’ segments this week, the 56-year-old host started talking about a TikTok star named Matima “Swavy” Miller. The 19-year-old had over two million followers on TikTok, but sadly he was shot and killed on Monday.

And you’d think Wendy would lead with that while talking about him, but instead she basically clowned on him for a minute straight before causally dropping in the fact that he was murdered.

Safe to say, the audience was shook! They did NOT see that twist coming, especially since Wendy was making fun of him. Her entire segment was just asking different people around her if they knew who this dude was, and no one seemed to know, which made Wendy feel better about herself.

Check out the painfully hilarious clip below:

Yikes. Twitter was kinda split over this. There were some who found the whole thing amusing, but others weren’t so entertained.

On person wrote, “She is so hateful. Like, she basically treated the announcement of his death like it was funny gossip.”

Another user wrote, “We all know Wendy to be messy and with the s – – ts, but this wasn’t cool at all. I don’t know this man, but may he rest in peace. I’m sorry his friends and family had to see this. Wow…”

And that’s a fair point. We’re viewing this as someone who didn’t know him, but for his friends and family, this clip probably hits differently.

But at the same time, this is just who Wendy is, and she’s never going to change.