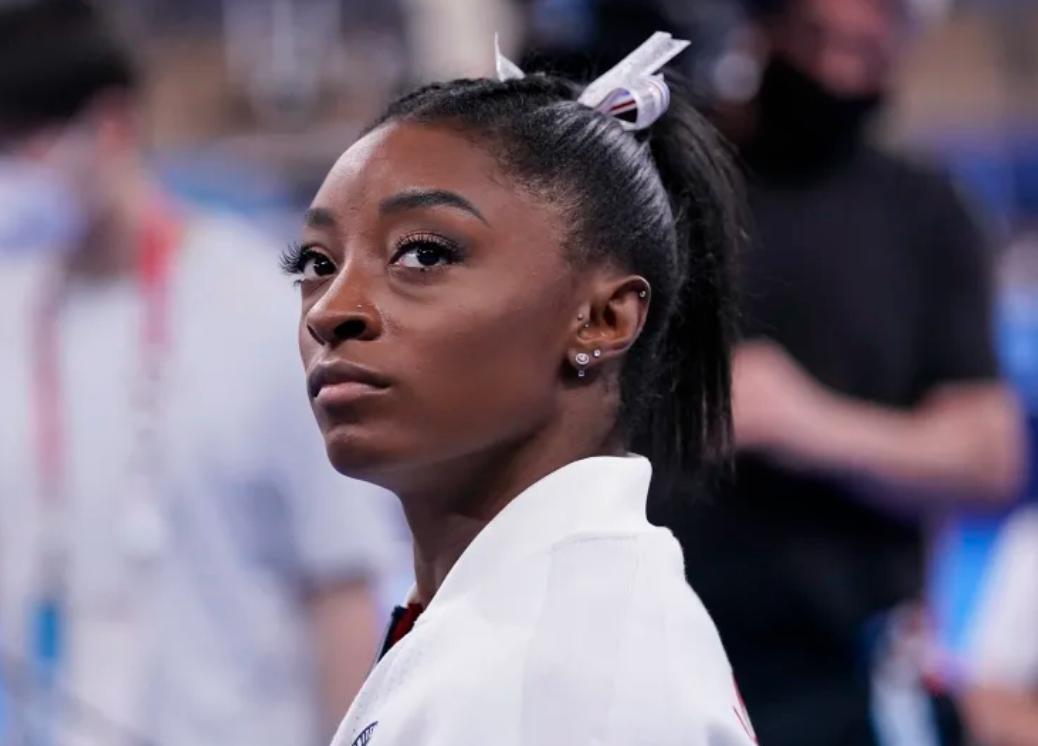 Everyone was looking forward to Simone Biles dominating at the Tokyo Olympics. She’s been, by far, the best gymnast in the world for a while now. She crushed the competition in the qualifying games, and we thought she was ready for the world stage.

But on Tuesday, the 24-year-old gymnast made a shocking decision to pull herself out of the team competition after a low-scoring attempt on vault.

The decision left Team USA without its biggest star. They tried their best to keep up with the team from Russia, but ultimately lost and took home the silver.

Many people were speculating on what happened to Biles. Did she have an injury? Was she sick? Turns out, she was just feeling intense pressure. She revealed she’s been dealing with a number of mental health issues, including an intense pressure to achieve perfection and fear of how she’d be judge if she wasn’t perfect.

I’m not in the right headspace. I’m not going to lose a medal for this country and for these girls. They worked too hard … it’s not worth it, especially when you have three amazing athletes who can step up. I’m going to focus on my well-being. I am more than just a gymnast.

Her coach said she’d be getting professional help on Wednesday in Japan and the hope is that she’s in a better place before the all-around competition on Thursday and the four individual events she qualified in.

Biles won four golds and one bronze medal at the 2016 Summer Games. She is considered the greatest gymnast of all time and expected Tokyo to be a crowning send off.

After being taken out of competition, Biles remained on the floor and continued to loudly cheer on and encourage her teammates.

A lot of celebrities came out to support Biles after hearing about the mental health break, including Andy Cohen, Karl-Anthony Towns and Hoda Kotb...

Sending nothing but love and positivity to the 🐐 @Simone_Biles

Someone said it best. @Simone_Biles already won. She is a class act. Withdrew from team competion after vault… stayed and cheered on her teammates… got them chalk for their hands.. encouraged.. hugged them. She already won. Congrats on the silver medal! @TeamUSA @USAGym

Personally, I think it’s going to feel a little odd if she comes back on Thursday for her individual events and crushes it. Then it’s kinda like, “Hm…maybe she was just saving her energy? Maybe she didn’t care about the team event?”

But also, who gives a f**k. It’s the Olympics. I’m not sure it really matters at the end of the day, and if she’s truly struggling with her mental health, some gold medal ain’t worth the risk.

If you’re sitting on your couch complaining, just ask yourself, “Could I even jump over my couch? Like if I had to, if there was a fire, could I do it?” if the answer is no, you should probably just shut the f**k up.