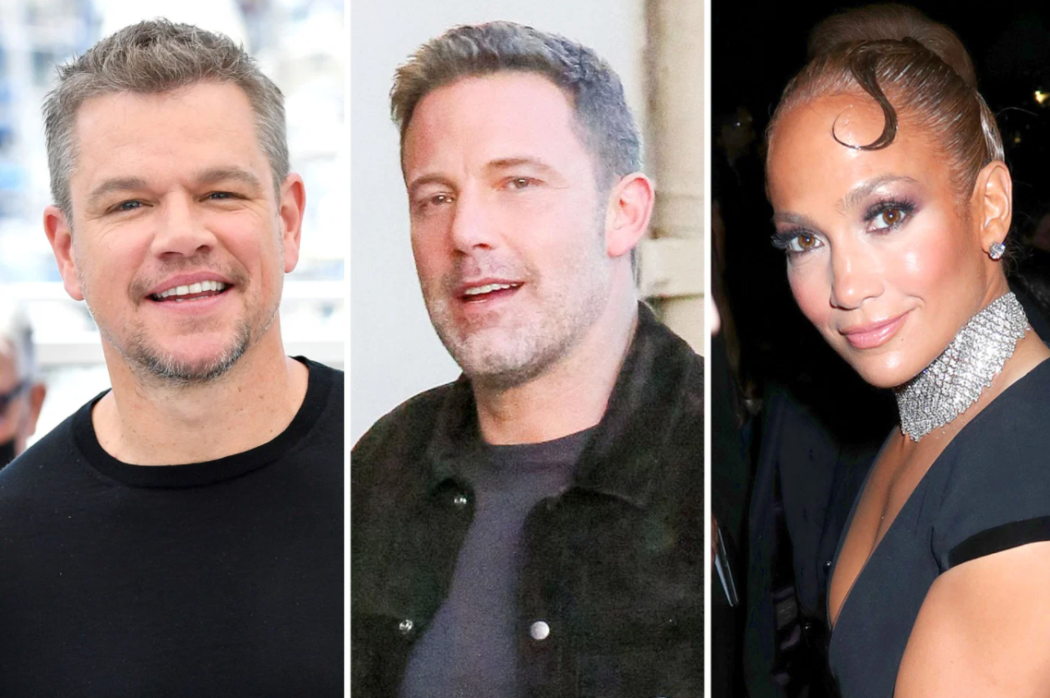 How Does Matt Damon Feel About Ben Affleck And Jennifer Lopez’s Rekindled Romance?

Ben Affleck and Matt Damon have been best friends for around 40 years now. They met as kids back in the 80s and have been close ever since. Of course, you all know how they co-wrote/co-starred in the 1997 film Good Will Hunting. The movie was nominated for nine academy awards, and they won the award for best original screenplay.

So yeah, they work well together.

During a recent interview with Extra on Monday to promote his upcoming ‘Stillwater‘ film, Damon was asked about what he thought of Ben’s new/old romance with Jennifer Lopez.

I’m just so happy for him. He’s the best. He deserves every happiness in the world. I’m glad for both of them.

When the rumors were first floating around about Lopez and Affleck getting back together, Damon told Today that he was all for it, “It’s a fascinating story. I hope it’s true. I love them both. … That would be awesome.”

Looks like he’s fully supportive of this relationship, and honestly, why wouldn’t he be? Ben looks the happiest he’s been in years. Maybe it’s that new relationship glow, but it’s not like he and Lopez are starting 100% fresh. They were engaged years ago and have kept in touch throughout the years.

There is a long history between them. I mean, who knows, maybe they’ve both wanted this for a while now and their timing just never worked out.

As for Lopez’s previous boo, Alex Rodriguez? Well, he’s been having trouble digesting the recent headlines. Sources say Lopez’s new relationship with Affleck has felt like a “kick in the teeth,” to A-Rod.