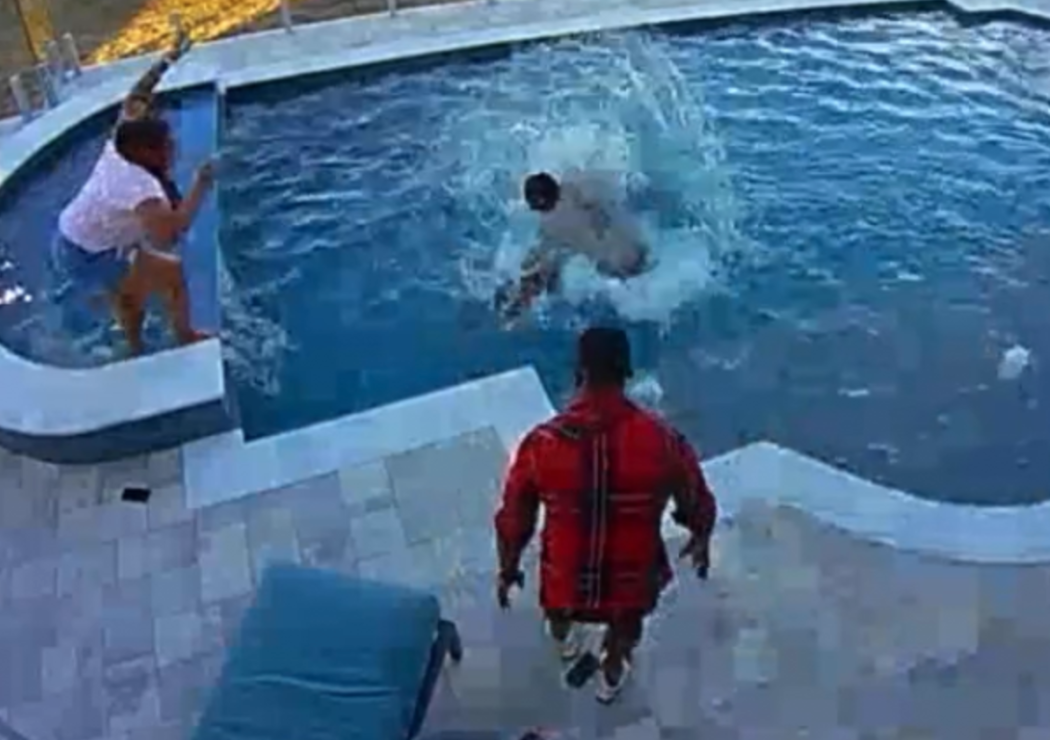 Andre Drummond Saves His Son From Drowning, And It Was All Caught On Tape

No one was harmed in this video pic.twitter.com/POumiU9HGk

NBA star Andre Drummond got to play the role of superdad this past week after his two-year-old son fell inside a swimming pool.

The two-time NBA all-star shared footage from a home Ring camera, which showed his son sitting on the edge of the pool with other adults around.

Suddenly, the kid falls inside the pool. That’s when Drummond came running into frame, jumping in the pool with his clothes on to save his son.

He captioned the clip…

NOT ALL HEROS WEAR CAPES. A parents’ worst nightmare. Feat. my son and I. No one was harmed in this video.

The boy’s mother, Abigail Russo, shared the scary footage on her Instagram Story, writing, “them father instincts kicked in quick.”

And while this incident ended without any injuries, it’s a good reminder to always practice pool safety with your kids. If your kid doesn’t know how to swim, do not let them near that damn pool without some sort of lifejacket.

What if Andre and the other adults had just went inside real quick to grab some food? No one would have been there to save him.

Other celebrity parents, including Granger Smith and Morgan Beck, have been vocal about pool safety since their children’s drowning deaths.

It takes under 30 seconds for a child to drown.

It’s preventable, folks. Don’t let it happen to you.