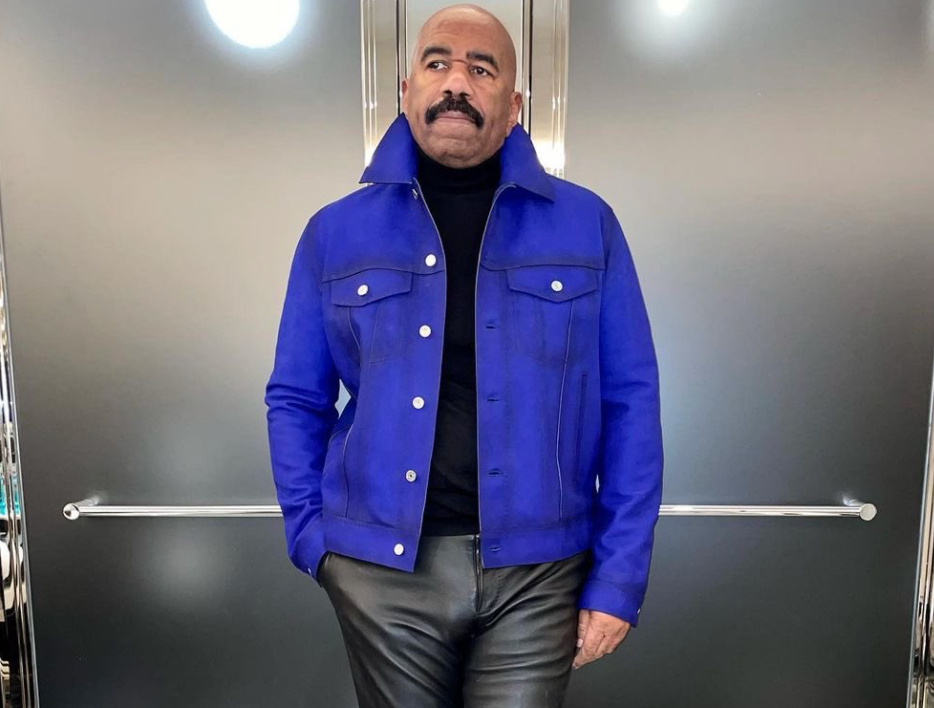 Steve Harvey, currently best known as the host of Family Feud, has been delighting the internet in recent weeks with photos of his latest designer ensembles.

Which, I mean… okay. That’s cool. I can dig this. I’m not a fashion expert, but if I see this dude walking down the street, I’ll either think, “Damn this dude is SOMEBODY!” or I’ll think, “He’s a spy!”

And while the internet has clowned a bit on him in the past for his fashion choices, he really gave them something to joke about with his latest outfit.

As you can see in the photo below, he’s rocking some leather pants that appear to be just a little too tight.

Come on, Steve. You don’t even look happy about this outfit. His face says, “Damn, I can’t believe my wife is making me do this right now.”

For those who don’t know, he and his wife Marjorie Harvey are currently on what appears to be a very stylish vacation in Paris.

As you can imagine, the internet had a field day with these photos. Check out some of the recreations below…

“I’ll put a shock to yo system, playa!” pic.twitter.com/DDPupwOhRm

i couldn’t help myself pic.twitter.com/81jb6wWDe8

This might be the best Steve Harvey meme I’ve ever seen. 😂 pic.twitter.com/7RvBm9bd1w

Something tells me Steve don’t mind though. He’s not bothered. Hell, he’s the one that keeps posting the snaps to his Twitter. He’s proud of these looks!