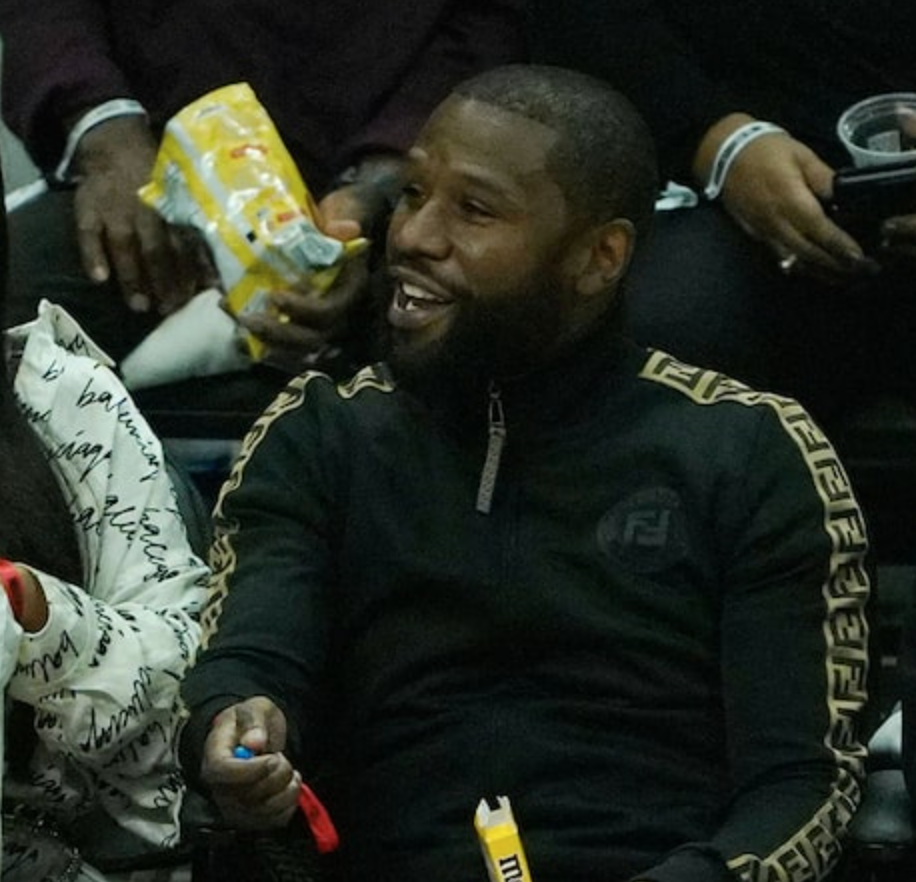 People don’t follow Floyd Mayweather because he’s super progressive and has thoughts and ideas that could change the world. They follow him because he’s one of the greatest boxers of all time.

But being surrounded by that masculine energy his entire life has clearly made him a little bit, uh, homophobic? You’ll remember back in 2017, he called Conor McGregor a fa****. For what it’s worth, he did apologize for using the word.

Fast forward to 2021, Mayweather is clearly still afraid of the gays. After the Clippers game at the Staples Center on Saturday, a teen boy went up to Mayweather and asked him for a photo. It looked like Mayweather was going to say yes, but then he saw the boy’s painted nails.

“You got painted nails, I don’t take pictures with guys with no painted nails,” Mayweather said. That’s when his bodyguards stepped in and told the boy to back off.

The teen was pretty disappointed, telling the camera, “Floyd doesn’t want to take a picture with me because my nails are painted. Bro, really?!”

According to TMZ, Mayweather had no issue taking photos with other fans following the game, so it really does seem like he didn’t take a picture with this kid because his nails were painted.

It’s a weird stance for Mayweather to take, considering lots of men have experimented with painted nails, including very straight and very famous dudes like Brad Pitt, A$AP Rocky and Post Malone.

Mayweather strikes me as one of those dudes who won’t even hug his own uncle because it’s too gay. Dude probably doesn’t even wash his own ass in the shower.