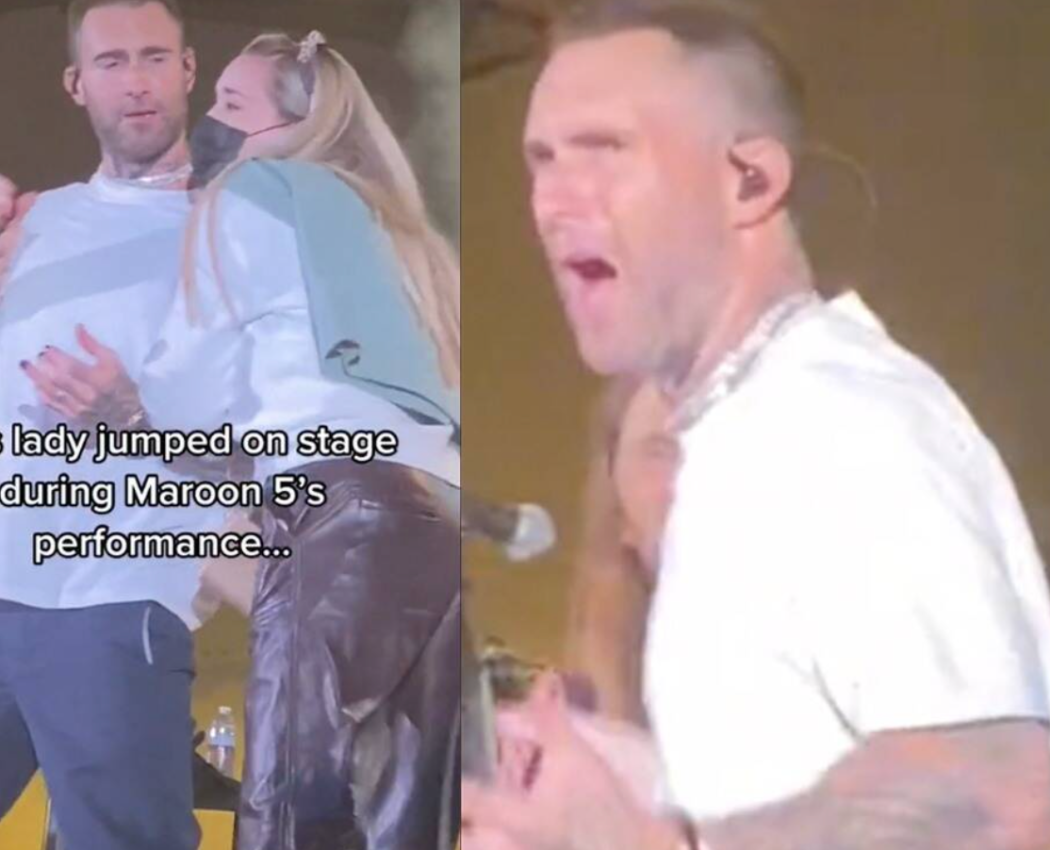 Maroon 5 is still a thing, believe it or not. They just released their seventh studio album back in June of 2021. The album was pretty much hated by critics, but it did debut at number eight on the Billboard 200.

Although, one could argue even that’s a disappointment. They sold just 15,000 pure album sales during the album’s first week, which is the lowest first week album sales the band has ever experienced.

Still though, they have a lot of fans, and some are very passionate. Adam Levine and the rest of Maroon 5 were performing at the We Can Survive concert at the Hollywood Bowl back on October 23, 2021.

While singing ‘Sunday Morning,’ a fan jumped onstage and managed to briefly wrap her arms around Levine before security dragged her away.

As you can see, Levine looked completely disgusted. Well, at first he looked pretty pissed, then he tried to play it off as more of an, “Ew” moment.

Some fans criticized the singer for his reaction, writing, “He needs to sit down and be humble for a sec,” which makes no sense at all. You can’t just jump onstage and touch the talent. What if that chick had a knife? She could have stabbed him.

If I were Levine, I’d be pissed at security for allowing her to come up onstage in the first place.

Personally, I think singers should carry a taser with them while performing. Any fan that comes within tasing distance? Well, you know what’s gonna happen.