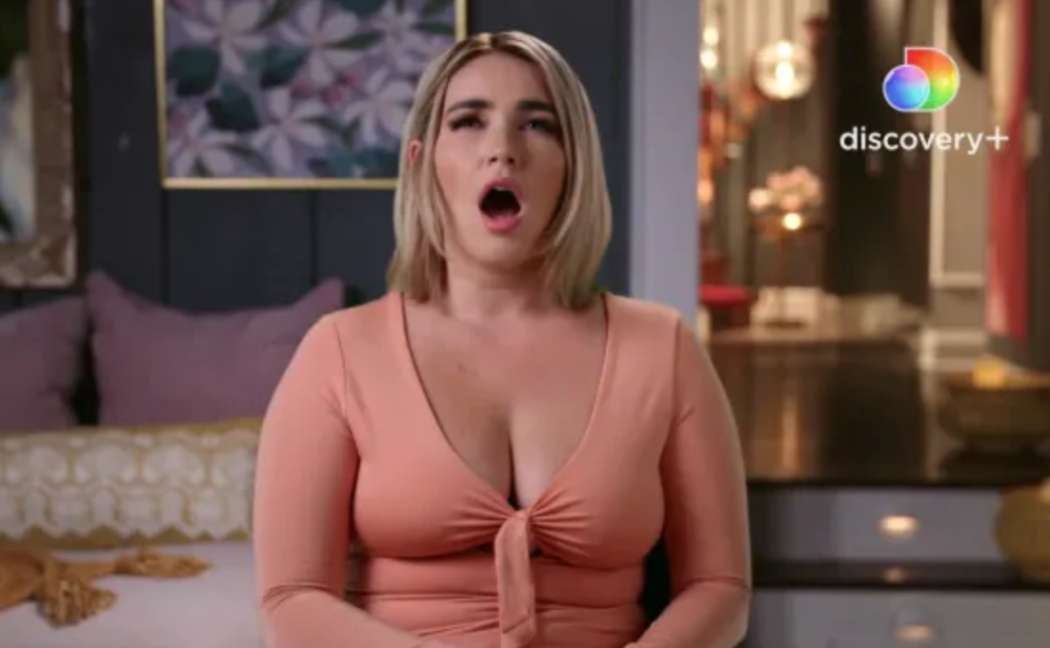 If only my grandparents could see me now! Writing stories about desperate reality stars farting so hard in jars that they end up in the hospital! Oh man, they’d be so proud!

If you’re a ‘90 Day Fiance‘ fan (who isn’t?) you probably know all about Stephanie Matto. She first appeared on ‘90 Day Fiance: Before The 90 Days‘ where she dipped her toes in the bisexual waters with a woman down under in Australia. Things didn’t work out between them, mostly due to Matto being extremely jealous.

Anyway, the 30-year-old star is now appearing on ‘90 Day Fiance: The Single Life’ and to make the most of this exposure, Matto decided to take advantage of her desperate male fans.

Apparently, she’s been selling her farts in a jar for weeks now. According to a TikTok video she posted, she was making up to $45,000 a week for the smelly jars of farts. When the fart business was good, she was making more on it than starring in a hit reality show.

In another TikTok video, she clapped back at people shaming her for selling the jars…

People judging me for selling my jarred farts. Them not knowing I’ve made over 100k and own a beautiful home and multiple cars.

I know they say not to judge people’s kinks or whatever, but if you’re paying nearly a thousand dollars to smell someone’s fart? Uh, I’m judging you. I’m sorry. That’s weird as f**k, and I can’t sit here and pretend like it’s not.

Sadly, it looks like Matto is having to retire from the fart game. Much like football, it puts a lot of stress on your body. You don’t see many professional farters in their 40s.

In a recent interview, Matto revealed she was hospitalized because she was making herself fart so much to keep up with the demand.

I thought I was having a stroke and that these were my final moments. I was overdoing it. It was made clear that what I was experiencing wasn’t a stroke or heart attack but very intense gas pains. I was advised to change my diet and to take a gas suppressant medication, which has effectively ended my business.

So by now you may have ‘caught wind’ that I am retiring from the fart jar business soon and branching out into the digital world of NFT’s! My NFT fart jar collection has launched and is available to mint..

Fart jars? NFTs? I don’t know what the f**k is going on anymore, and I kinda just want to walk inside the woods and never return.