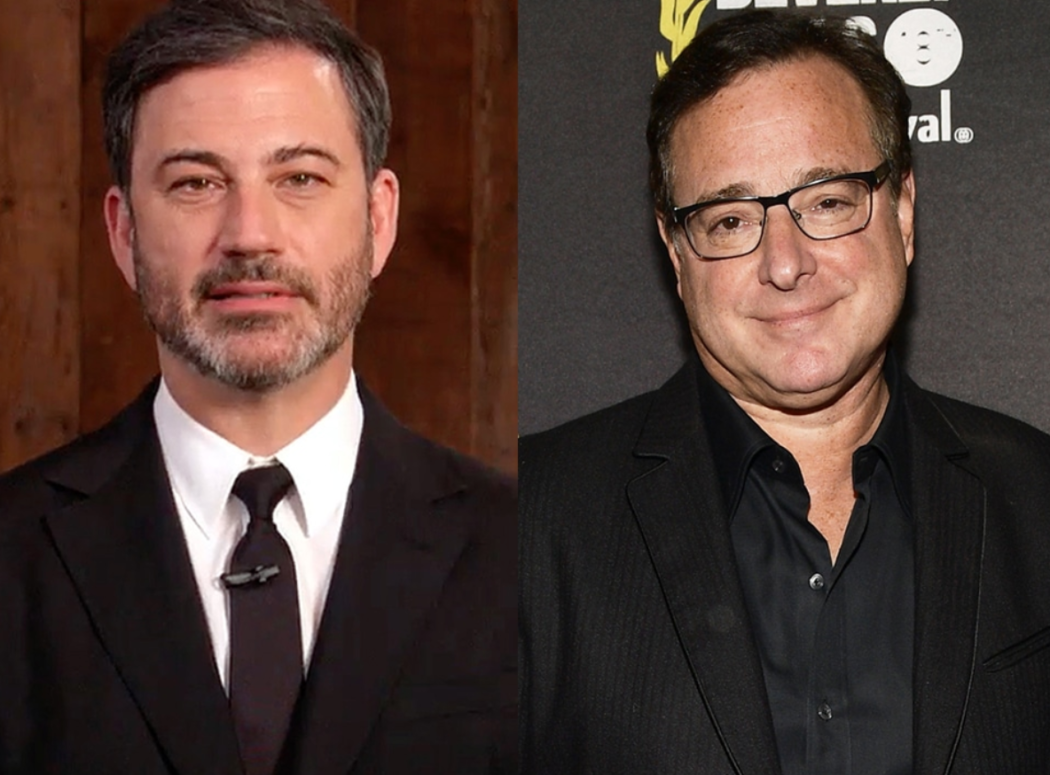 As the world continues to mourn the loss of Bob Saget, Jimmy Kimmel added to the tributes in a pretty special way.

Before the audience filled the studio, Kimmel spoke directly to the camera on his late night show. He did a cold open of sorts, paying tribute to Saget, who he was very close with.

He talked about how everyone referred to Bob as the “sweetest” and that’s because he truly was the sweetest.

The reason people wrote that is because it’s true. It’s the best word. If you had to pick one word to describe him, that was it: sweetest. I have so many wonderfully kind and supportive texts and emails, calls from Bob. He always had a compliment. He would write sometimes just to tell me he loved me, and I know he did that for many people.

When Kimmel’s newborn was in the hospital due to heart problems, Saget called to check on him almost daily, which clearly meant a lot to Kimmel.

Additionally, Kimmel revealed that Bob was dedicated to finding a cure for Scleroderma, an autoimmune disease that mainly impacts women. His sister died from the disease years ago, and Bob spent the rest of his life trying to help others discover a cure.

He was very committed to finding a cure for this incurable disease that took his sister’s life, and I know that if you want to remember him, there’s nothing he would appreciate more than if you support SRF.

You can find out more about the Scleroderma Research Foundation by clicking on this link. Of note, his other sister died from a brain aneurysm, which makes you wonder if that’s also what killed Bob. Sometimes those things run in the family.

Kimmel also talked about how funny Saget was, revealing you always wanted to be next to him at a party…

He was so funny. And I’m not talking about Full House, or America’s Funniest Home Videos, or stand-up comedy or movies. I mean, funny for real. Like, when you walked into a party [and] you saw Bob and his wife Kelly [Rizzo] in the corner, you’d go straight to them and stay for as long as you could because he had something funny to say about everything and nothing bad to say about anyone. Never.

Our continued thoughts and prayers go out to his friends and family.