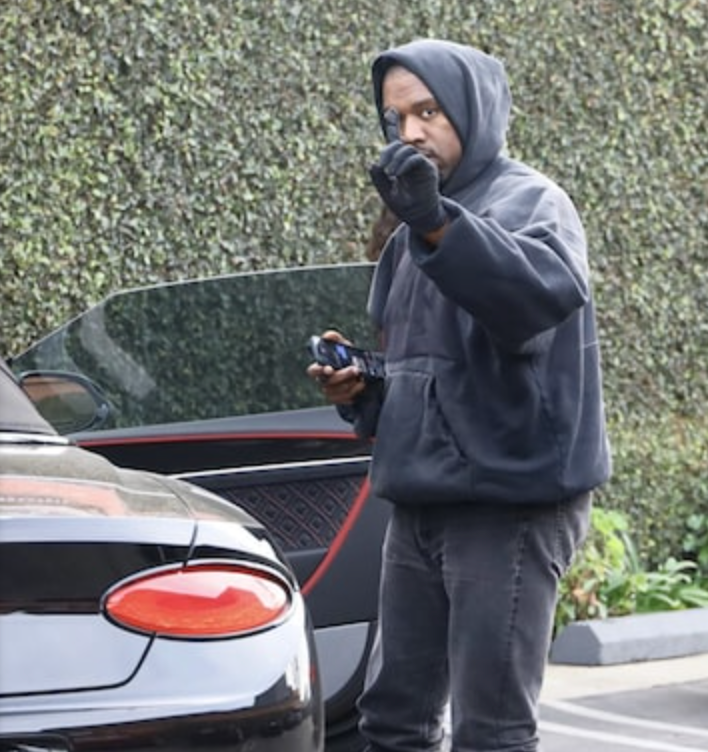 Kanye West Is Headed To The Desert After Punching A Fan In Los Angeles, Cops Investigating

It looks like Kanye West is going through it. He’s trying his best to paint a happy picture in the media. Posing for staged photos with his new girlfriend, Julia Fox, but you can tell it’s all for show. It’s all a reaction to Kim Kardashian’s relationship with Pete Davidson.

Deep down, Kanye is NOT happy, and his frustration is starting to show. As some of you may have heard, early Thursday morning (Jan. 13) West was outside Soho Warehouse when a fan approached him asking for an autograph. We’re assuming the fan asked for an autograph several times, which angered West.

West said he was going through a lot right now, and then at some point, the 44-year-old billionaire punched the fan and knocked him to the ground. The fan hit his head hard on the sidewalk and was later checked out at an urgent care.

In new video released, you can see the aftermath. You can a man on the ground while a woman works hard to calm Kanye down. She asks for his hands, but he refuses, “Get away from me. Ain’t no hands. Ain’t no hands!” he yelled.

She fought back, “I am your family. Give me your hand!” but West continued to walk away and rant.

Earlier on Thursday, a spokeswoman for the Los Angeles Police Department confirmed to us that the music mogul was under investigation for alleged criminal battery.

But so far, no charges have been filed, and West is taking advantage of that by heading to the desert to clear his mind and get ready for Coachella.

Sources with direct knowledge tell TMZ Ye’s leaving the city ASAP, heading for the SoCal desert … where he intends to focus on nothing but work. We’re told he and his creative team already scheduled meetings weeks ago with Coachella production to map out his staging, and he’s sticking to that plan.

He also has plans to work on a new album while out in the desert as well. Hopefully he can get his mind right.

Because no matter what the fan said or did, it’s embarrassing that this woman in his crew had to talk to him like a child. West is constantly out here throwing temper tantrums, and then people have to be like, “It’s okay, buddy. We’ll you get some ice cream on the way home.”