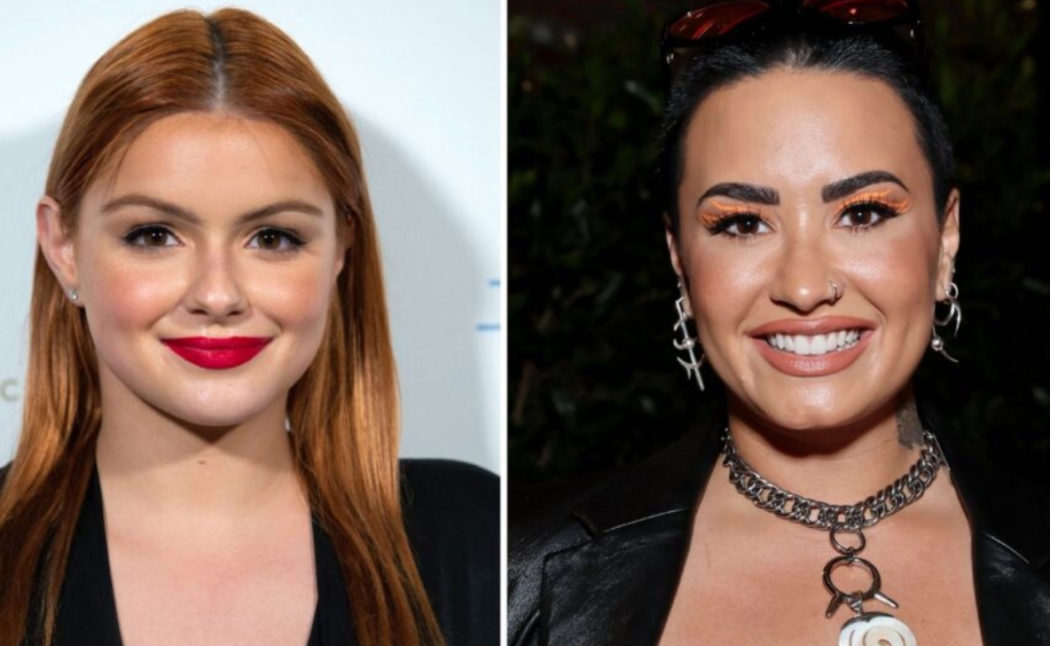 Bye bye Demi Lovato and hello Ariel Winter. It was announced this week that the 24-year-old actress has officially replaced Demi Lovato on the upcoming NBC sitcom, Hungry.

Demi was supposed to produce and star in the series, but apparently she had to step down from the show due to scheduling conflicts. I’m always suspicious when it comes to the “scheduling conflicts” excuse. It’s similar to when a couple divorces due to “irreconcilable differences”

WHAT WERE THE DIFFERENCES?

Anyway, the report claims Lovato will still serve as an executive producer, which doesn’t really mean much. Her manager, Scooter Braun, will also produce because he doesn’t have enough money.

Hungry chronicles a group of friends who attend a food issue support group and help each other as they look for love, success and the perfect thing in the fridge that’s going to make it all better.

Winter will have the starring role as Teddy, a food stylist who is trying to have a healthy relationship with food while dating and living her life. It makes sense that Demi was originally set to star, considering she has struggled with an eating disorder in the past. We have to imagine this is personal for her.

Although, Winter has also probably experienced an eating disorder because she’s an actress in Hollywood.

The multi-cam production is penned by ‘Hot In Cleveland’ screenwriter Suzanne Martin and will be directed by TV directing legend James Burrows (‘Cheers,’ ‘Friends’).

Ryan McPartlin, Valerie Bertinelli and Gabriel Iglesias are set to co-star in the sitcom.

Here’s to hoping it’s a success! It’s worth noting that Lovato dropped out just days before production was scheduled to begin, so you almost wonder if she got cold feet.