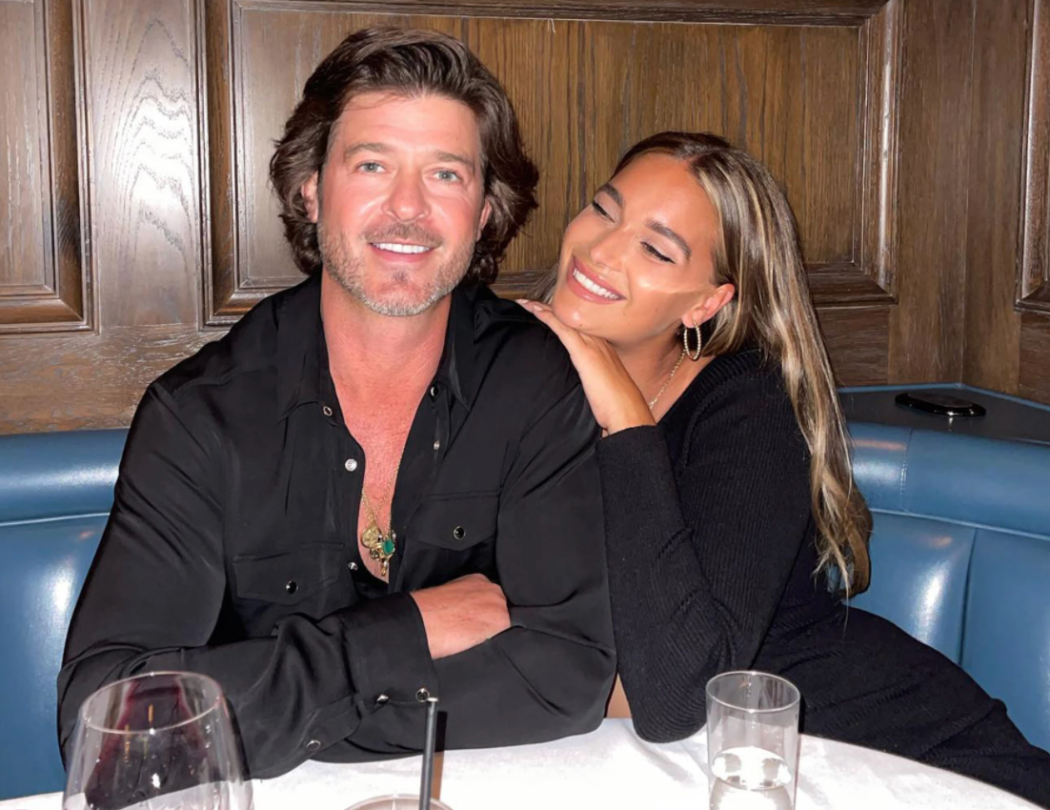 Robin Thicke’s Fiancee Says She Has No Plans To Sign A Prenup, And Her Reasoning Is LOL Worthy

Robin Thicke is more than a little creepy. I think he reached peak creepiness shortly after the release of ‘Blurred Lines‘

But the dude is rich and talented, so his creepiness doesn’t matter much to his 27-year-old model fiancee April Love Geary. Thicke is 45-years-old, so there’s an 18-year age difference there, which checks out for Robin. We would expect nothing less.

They actually started dating when April was just 21-years-old, so you know… cool, cool.

In his defense though, they do seem to be in love. After all, they have been together for six years now and have been engaged since December 2018. They also have three children together, so they’ve been busy.

So why have they been in this engagement period for so long? Well, maybe it’s because April refuses to sign a prenup. During an Instagram Q&A, a fan asked April if Robin wanted a prenup before getting married.

April’s response? “I don’t know, but I’m not signing one,” she then went on to explain her reasoning…

He’s not marrying anyone else after me. How do you go from, like, the baddest bitch on the planet? Where do you go from there? Trash.

I’m sure 45-year-old Robin Thicke is very pleased with that, but what about when he’s 55 and she’s pushing 40? He might want himself another 25-year-old.