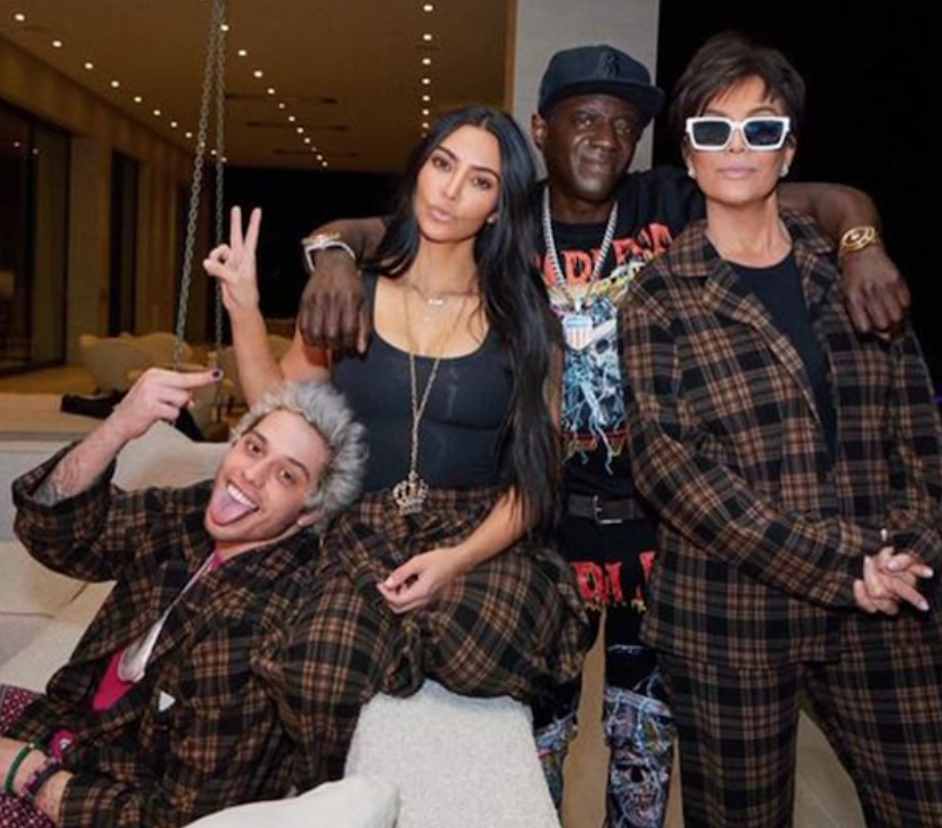 Kim Kardashian continues to open up about her blossoming relationship with Pete Davidson. She was super private early on in the relationship, but now that it’s been around six months of dating, she’s starting to let everyone in.

The 41-year-old billionaire sat down for a chat with Robin Roberts on Good Morning America this week, mostly to promote her family’s upcoming Hulu reality show, The Kardashians, which is set to premiere on April 14.

During the sit-down, Roberts had to ask about Pete, and Kim gave a pretty honest answer…

I am a relationship kind of girl, for sure, and I wouldn’t be with someone if I didn’t plan on spending a lot of my time with them. Obviously, I want to take my time, but I’m very happy and very content. And it’s such a good feeling just to be at peace.

She keeps dropping little comments like that, hinting at the peacefulness, suggesting Pete is giving her something Kanye couldn’t.

Khloe Kardashian and Kris Jenner also chimed in. Khloe said, “He just makes her laugh and she laughs all the time.”

Meanwhile, Kris approves, calling Pete a “really nice guy,” so it sounds like he has really worked his way into one of the most powerful families in the country.

And while Kim claims Pete probably won’t make a physical appearance in the first season (or at least first half) of the upcoming reality show, he will be talked about a lot, and she’ll go into detail about how they met.

I’ll explain how we met and who reached out to who and how it happened and all the details that everyone wants to know. I’m definitely open to talking, and I definitely explain it.

So there you go. Get those Hulu accounts ready! Or just keep checking our site and we’ll tell you everything she says without you having to watch an hour-long episode of fluff.