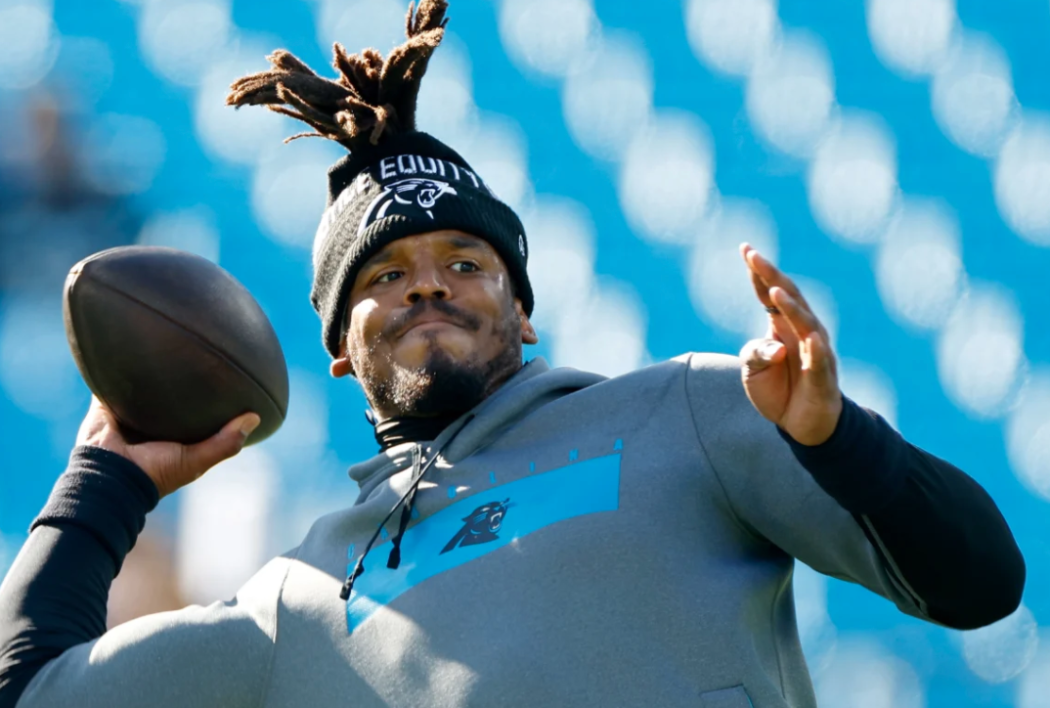 Cam Newton is still under the impression that men are superior to women, even though women can literally push another human out of their body.

During an embarrassing interview on Barstool Sports ‘Million Dollaz Worth of Game‘ podcast, the NFL Quarterback talked about how women should know how to cook and know when to shut up and let their man lead.

A woman for me is handling your own, but knowing how to cater to a man’s needs. I think a lot of times, when you get that aesthetic of like, ‘I’m a boss bitch, I’m a this, I’m a that,’ — no, baby. But you can’t cook. You don’t know when to be quiet. You don’t know how to allow a man to lead.

Lol, say whaaat? Why does a woman need to know how to cater to a man’s needs? Why is that a requirement to be a woman? You done lost your mind, Cam.

Cam also said that men need to start being men again, “That sucka s*** should not be rewarded,” he added.

But, uh, I don’t know. If you need your “woman” to take care of you and feed you like your mother, then are you actually a man? These dudes out here are basically wanting a second mom. How pathetic is that? They’re just looking for a second mom that lets them stick it in every other night.

Sadly, Cam Newton has been spreading bad takes for years now. Back in 2017, he was shocked when a female reporter asked him about “routes” during a press conference. Instead of answer her questioning, he laughed at her and said, “It’s funny to hear a female talk about routes,” as if the concept is so brilliant that only someone with a penis can understand it.

He did apologize for his comments, but not before he lost a major sponsorship with Oikos yogurt.

As of now, Cam is a free agent. In 2021, he started five games for the Panthers and failed to win a single one of them. Shame.