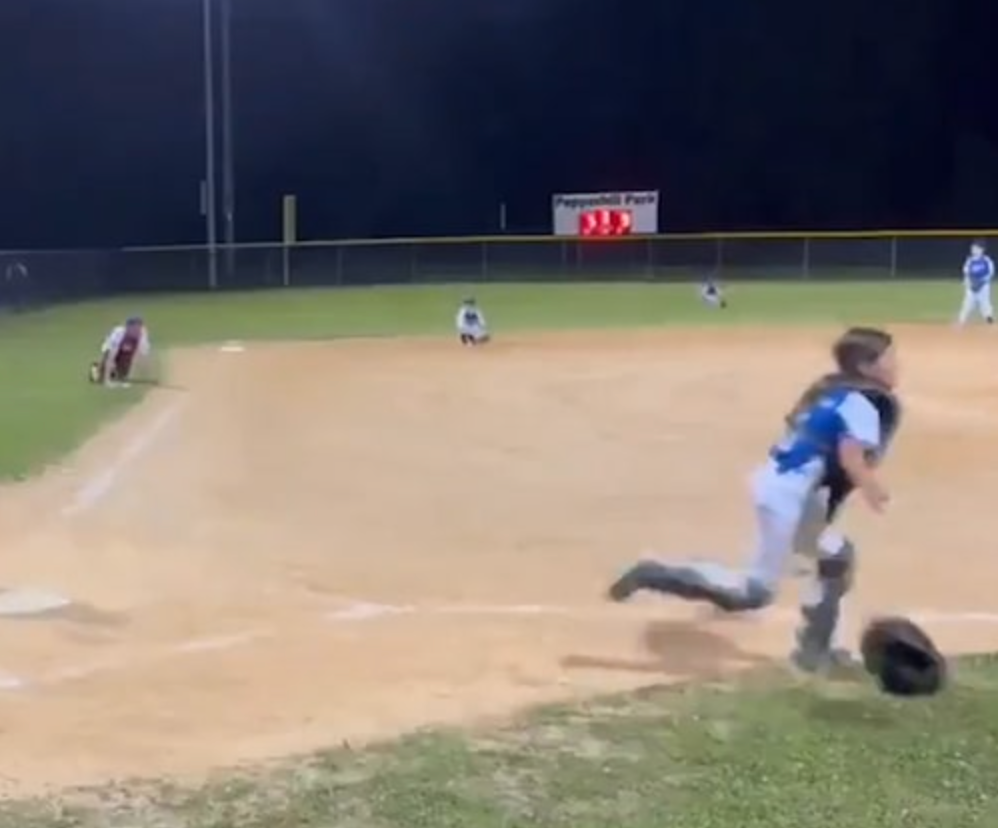 Unfortunately, these days, kids are too familiar with gunfire. Most schools have special safety drills in place, to protect kids in case an active shooter enters the building. It’s honestly a scary time to be a kid.

Just ask these little league baseball players in South Carolina. On Monday night, a youth baseball game was being played at around 8:00 pm in North Charleston.

During the game, dozens of gunshots rang out from a nearby parking lot. As you can see, everyone dropped to the ground and the kids on the field were trying to crawl to safety. The parents and coaches were yelling at them to stay down, but it was such a chaotic few seconds.

Thankfully, no one was injured. According to the reports, a group of teens were fighting in the parking lot. It began as a fist fight and at some point transitioned into a gun fight. The teens were able to escape from the scene before cops arrived. Multiple cars were hit by the bullets, but as mentioned above, no one at the game was injured.

A spokesperson for the NCPD said Tuesday morning the gunfire had nothing to do with the game … adding that the mayor of North Charleston was ‘appalled by what he heard and saw.’

The spokesperson said an investigation into the incident is underway … explaining, ‘We will leave no stone unturned in bringing these suspects to justice.’

Cops in the area also revealed they are brainstorming ways they can make parks and playgrounds safer. But for some reason, we’re willing to bet that brainstorm session does not include a ban on guns. That would just be too far, you know?

Maybe they can just build bulletproof glass around the f**king baseball field. That seems like the smartest option.