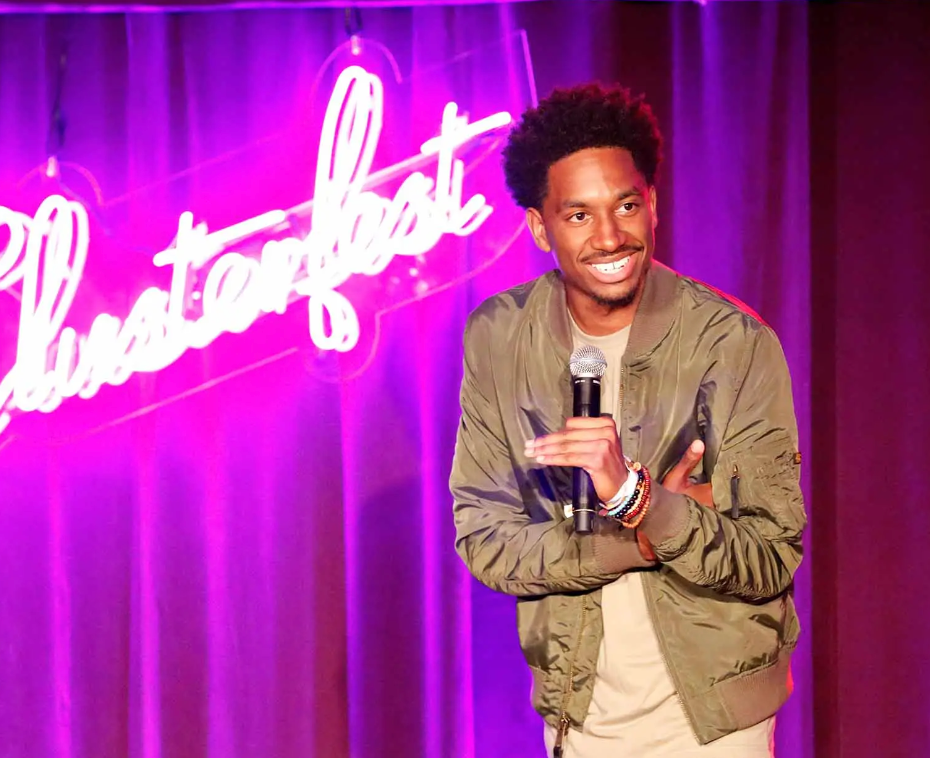 If you haven’t heard of Jak Knight, well, I feel bad for you. He was one of the funniest up-and-coming comedians. Some people were even calling him the next Dave Chappelle. He was original, brave, and often extremely hilarious.

In addition to performing stand-up, Knight was also a writer/actor. He co-created/starred the Peacock series Bust Down with Chris Redd. He also starred in the Netflix hit series ‘Big Mouth‘ — he voiced middle school student DeVon in the show. He also wrote on the show as well.

Knight’s career-defining achievement was in the world of stand-up. He toured globally and became a well-known comic in Europe. In 2018, Knight was invited to star in Netflix’s special dubbed ‘The Comedy Lineup.’

Sadly, Knight was found dead on an embankment in Los Angeles on Thursday, July 14. At first, his cause of death was not released, but it was just confirmed that he committed suicide. The Los Angeles County Medical Examiner-Coroner says he died from a self-inflicted gunshot wound.

There were so many tributes to Knight over the weekend. You could tell he was loved in the standup comedy scene, especially around LA.

According to sources, Knight had recently learned that his Peacock show was not being renewed for another season. Some people have speculated the news led to his decision, but of course, he obviously had more going on than just that. We’re sure the news didn’t help, but you can’t blame it on that alone.

If you know someone who is struggling, reach out to them. Don’t sit on it. Just do it.