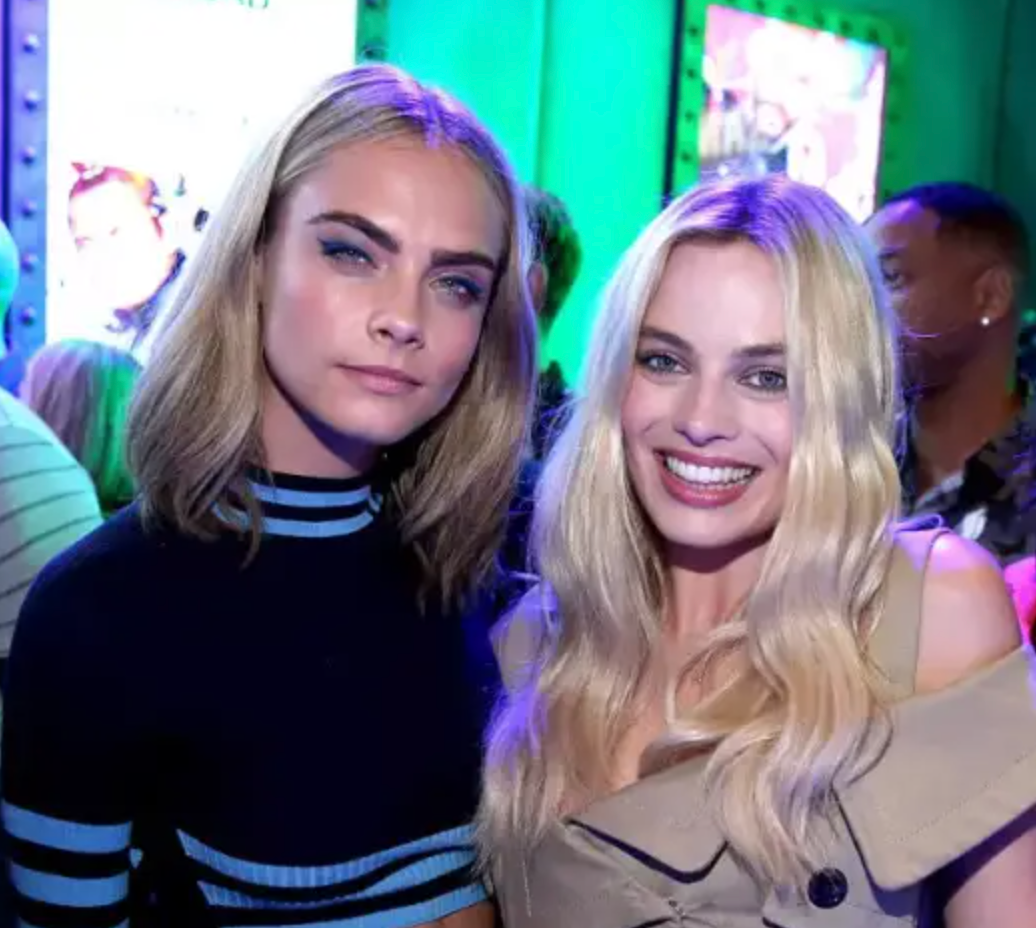 Last week we told you about the weirdness surrounding model/actress Cara Delevingne. Fans were worried about her after she was photographed at a small airport in Los Angeles. She was spotted walking around without shoes, walking bizarrely, dropping her phone multiple times, and being kicked off a private plane.

We didn’t want to speculate, but she definitely acted like someone who was high on some serious drugs, which explains why she wasn’t allowed to fly. She had that “meth walk” going on.

And it looks like her friends might be trying to stage an intervention. A-List actress Margot Robbie and Cara’s sister, Poppy, were photographed leaving Cara’s home in Los Angeles on Monday, September 12.

You can see from the photos below that Robbie was visibly upset. She was wiping away tears and had a look of distress on her face.

We’re assuming both Robbie and Poppy tried to convince Cara to get some help, and by the looks of it, their message may not have worked.

Cara has since missed the launch of her collection honoring late designer Karl Lagerfeld. She was also noticeably absent from the 2022 Emmy Awards Monday despite her ‘Only Murders in the Building’ co-stars attending.

Robbie and Cara have been friends for a long time. In 2016, they co-starred together in Suicide Squad. Last month, Cara invited Robbie and a few other friends to celebrate her 30th birthday party on a yacht in Spain. So it’s clear they have a close friendship, which explains why Robbie is so upset. It can’t be easy losing a friend to drugs.

Hopefully Cara gets the help she needs. She has the money and the support system around her. It’s entirely up to her at this point.