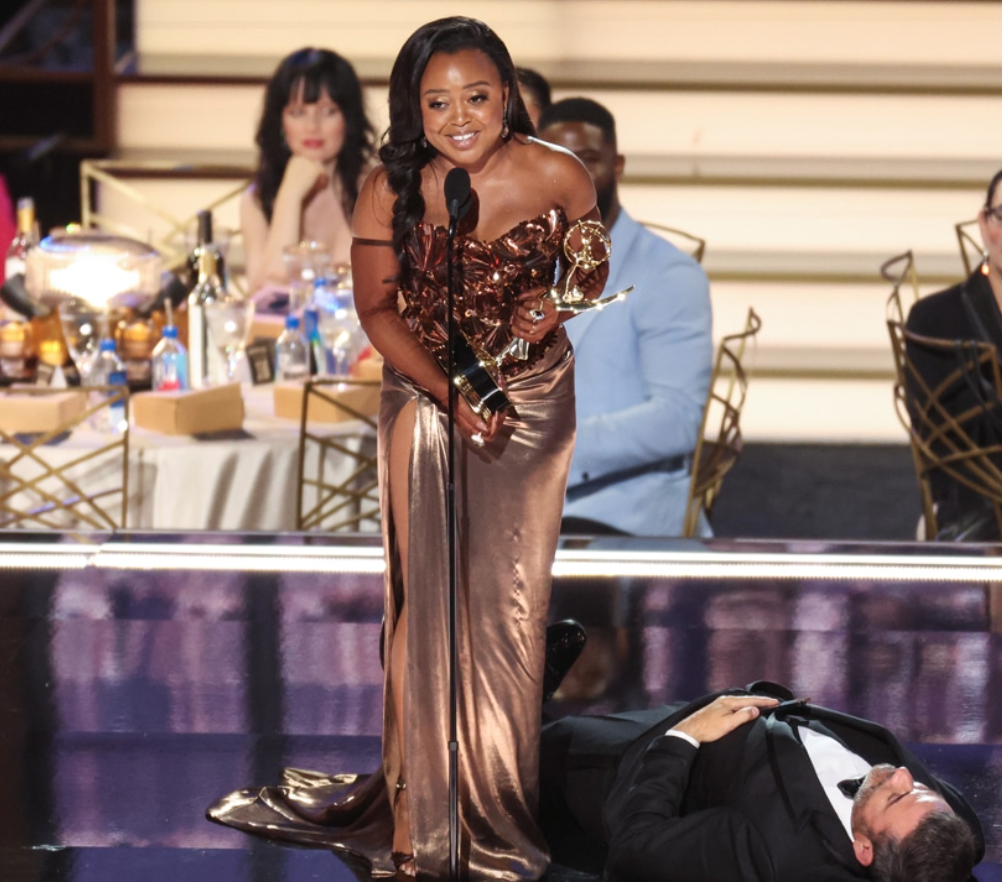 We told you earlier this week that people were pissed at Jimmy Kimmel for “stealing the spotlight” away from Quinta Brunson’s acceptance speech at the 2022 Emmys.

It was Brunson’s first Emmy win, so it was a big deal for the actress/writer. For those who don’t know, Brunson created the hit ABC sitcom, Abbott Elementary. She’s come a long way in just a few years, so the Emmys were kinda her first opportunity to be like, “Yeah, I’m here. I made it.”

But her moment was met with some controversy, thanks to Jimmy Kimmel’s bit.

Jimmy presented the award for Outstanding Writing for a Comedy Series with Will Arnett at the Sept. 12 award show. The presentation came after Jimmy Kimmel Live! lost to Last Week Tonight With John Oliver in the Outstanding Variety Talk Series category. And as Jimmy explained on his show, he thought it would be fun to do a ‘dumb comedy bit’ where it seemed like he ‘drank too much’ after losing and had to be dragged onstage by Will.

In any event, Brunson was on Kimmel’s show on Wednesday night, and he apologized to her.

People got upset. They said I stole your moment. And maybe I did. And I’m very sorry if I did do that. I’m sorry I did do that actually. And also, the last thing I would ever want to do is upset you because I think so much of you. And I think you know that. I hope you know that.

Brunson accepted his apology and said it was one of the greatest nights of her life, so she didn’t seem to be too impacted by it.

By the way, Kimmel also gave her the chance to interrupt him on his own show. Check it out below…